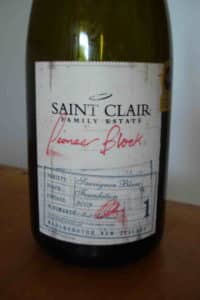 France is the country with the most plantings of Sauvignon Blanc at 26 304ha, ahead of New Zealand in second place with 16 205ha and South Africa in third with 9 446ha, according to Dr Jamie Goode of wineanorak.com fame speaking at the annual Sauvignon Blanc Interest Group seminar held yesterday.

He went on to suggest that while New Zealand can’t match France for area under vine, he suggested that stylistically, it produces the “defining example of the variety worldwide” with the wines showing a winning combination of “green character and ripeness”. Regarding France, Pouilly Fumé and Sancere in the Loire were “hook names [for consumers] even if the wines are boring which many of them are”. As for South Africa, he said he was glad to see producers shifting away from wines with overt methoxypyrazine (responsible for Sauvignon Blanc’s overtly green aromatics and flavour) character. Finally, he suggested that it wasn’t helpful to view the consumer base as one undifferentiated mass, but that there were different market segments, each with different stylistic preferences.

On to a tasting of some wines selected by Goode in conjunction with SBIG secretary and Hermit on the Hill winemaker Pieter de Waal as top examples in the category. No French wines as SARS had not gotten around to releasing them in time but five New Zealand wines, one Austrian, one Italian and one South African. I’d always thought that I didn’t particularly care for wines of high profile Saint Clair from Malborough on account of them being exaggerated but I was in for a surprise…

Below is the line-up with my scores according to the 20-point system in brackets:

The Saint Clair showed a sweaty note on the nose which was somehow not off-putting (at least for me) while the palate was pure and focused with citrus flavour and tangy acidity. I liked its intensity, Goode describing it as a “high thiol style” (thiols being a group of chemicals typically giving Sauvignon Blanc a passion fruit/grapefruit character) and suggested it was “showy, forward and very obvious”. Perhaps not that subtle, but you couldn’t describe it as “thin and green”, the criticism so often levelled at Sauvignon Blanc as a variety.

Jamie Goode: Is there a more important winemaking decision than picking date?

One of the critical decisions facing winegrowers is when to pick. But what is optimal ripeness? Assuming that this question can be answered, it still leaves uneven ripeness levels in...

I’ve gone public saying that I hate tasting notes. Maybe this is a little hyperbolic. After all, like most wine writers who feature individual wines, I write them all the...

One of the problems with the term "terroir" is that it means different things to different people. It makes it really difficult to discuss. And scientists are frequently affronted by...