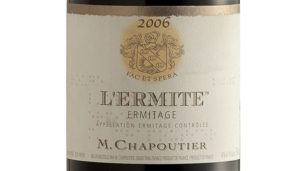 The worldwide surface area planted to Shiraz vines has gone from less than 10 000 hectares in the early 1980s to more than 150 000 hectares in 2007/2008, according to Lynne  Sheriff MW, speaking at the 2010 La Motte Shiraz Experience yesterday.

Who’s going to buy the stuff ? is the question because as Sherriff pointed out the Yanks prefer Cabernet Sauvingon and Chardonnay. That country’s producers went berserk about the variety (tons crushed increasing from under 600 in 1990 to an all-time high of over 147 000 in 2005) but consumers have yet to take it to heart. This was following Australia’s success with it in the 1980s, but the volume and value of Aussie Shiraz exports are now in decline. It’s the Languedoc-Roussillon in southern France that’s currently enjoying success with the variety, the area producing easy-drinking wine in the price range of £4 to £5 a bottle.

After these salient facts, those assembled promptly proceeded with a tasting of world benchmarks, ranging all the way up to £240, as you would pay for Guigal Côte Rôtie La Mouline 2004.

Below is how I rated the wines, along with their collective ranking.

The 2019 vintage of Boekenhoutskloof Syrah involved one of the earliest pickings to date. The Swartland vineyards were exposed to extremely dry conditions during flowering. resulting in early set and...

Though 2018 is a generally considered a challenging vintage due to it being the third consecutive year of drought, the two versions of Cabernet Sauvignon that Boekenhoutskloof produced are remarkably...