Earlier this year, I rated the Malabar 2012, the Rhône-style red blend from Charles Back’s Swarland operation Spice Route, 90 on the 100-point quality scale (see here). Once the score was published, Back expressed his disappointment saying “After all the time and effort we’ve invested in this project, I thought we’d be further ahead”.  Out of this sprung the idea of a benchmarking exercise whereby the Malabar would be included in a line-up of its peers and tasted blind as a benchmarking exercise. To keep things interesting, Back included a few single-variety wines from Rhône varieties under both the Spice Route and Fairview labels.

The tasting took place at the Spice Route visitor’s centre in Paarl and the panel consisted of me, sommelier-at-large Higgo Jacobs, well-known commentators Tim James and Angela Lloyd and François Rautenbach of Singita.

The overall top five wines after discussion and before reveal ranked as follows:

Here’s how my top five turned out: 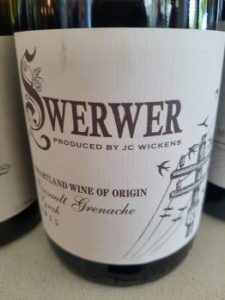 Are these South Africa’s most exciting red wines? The panel generally felt that the overall quality level was high, especially given that they remain relatively few practitioners of the style.

There was something of a stylistic divide between “hipster” wines where the grapes had been picked earlier, these often showing the perfume and grippiness associated with whole-bunch fermentation and a more traditional style featuring full-ripe fruit and oak-derived character, Malabar 2012 falling in the latter category.