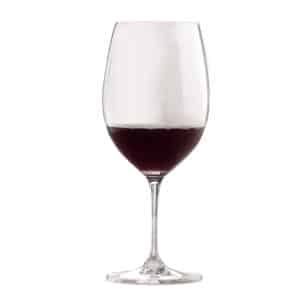 Struggle to find “whiffs of capsicum” on your Sauvignon Blanc? Or “cassis” on your Cab? You might find wine tasting notes intimidating or just pompous but the less fanciful can offer at least a general idea of the wine which will help you make an informed purchase decision.

In the lead-up to harvest, grapes move from green to ripe and depending on the moment the winemaker decides to pick, the relative state of ripeness will be reflected in the end-product. On a red wine, getting the grapes into the cellar early typically results in herbaceous flavours while slightly later means red fruit, later still black fruit and very much delayed holds the danger of dead fruit or raisins. For a white wine, the sequence is herbaceous, white fruit, yellow fruit, tropical fruit…

That’s a very general explanation but should serve you pretty well. Remember also as the grape ripens, the sugar level is increasing. Fermentation is the process by which sugar is converted by yeast into alcohol and carbon dioxide. The earlier the grapes are picked, the more moderate the alcohol level in the final wine will tend to be, this typically corresponding to a more elegant style of wine; the later the grapes are picked, the higher the alcohol and the more rich and powerful what ends up in your glass.

Then of course there is another important set of aromas and flavours which are derived from the use of oak during fermentation and maturation such as vanilla, chocolate and coffee. How much wood-derived character is desirable on a wine is a matter of personal preference but purists prefer less rather than more, fruit intensity being considered the primary determinant of wine quality.

Obviously your tasting note for a particular wine is going to be different to your partner’s but having some kind of take beyond “nice” or “not nice” is helpful as it facilitates the conversation you’re going to have and that’s at least half the fun.