The pros and cons of scoring wine 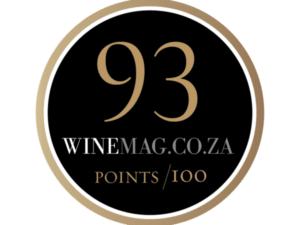 In these uncertain times, I thought I’d return to the hoary old chestnut of wine scoring. The main meal of the day, whether it be lunch or supper, and the wine that goes with it has taken on extra significance during lockdown, providing sensorial pleasure as an antidote to the range of sometimes overwhelming emotions that living through a global pandemic induces – fear, boredom, frustration, depression, grief.

Two among a few excellent bottles of wines enjoyed over the last six weeks or so of isolation include Sophie & Julian Schaal Renaissance Chardonnay 2015 and the Cape Bordeaux red blend MR de Compostella 2014. These were both opened with the expectation that they would provide good drinking but with no particular awareness of how they’d rated on winemag.co.za or anywhere else for that matter – being largely disconnected from the professional world of wine as I am at the moment does mean the opportunity to engage with any particular drop much more for enjoyment rather than having to adopt my more usual critical stance.

Even so, I was hugely impressed with both wines in terms of their respective complexity and balance and reflected that they were both very fine indeed to the point that they might be viewed as “world-class”.

Subsequent to drinking them, I was prompted to investigate how they had scored with winemag.co.za and it turns out that I gave the Renaissance Chardonnay 2015 a score of 93 after tasting it sighted in November 2016 while the MR de Compostella 2014 has been rated 93 on the three separate occasions when reviewed blind by the panel for the Cape Bordeaux Red Blend Report, these being in 2016, 2017 and 2018.

Should these wines have been rated higher when they were originally encountered? Moot point. What I would say, though, is that they were correctly pegged as placing among the best in their respective categories according to how winemag.co.za sees things generally so job done on the whole.

When the 20-point scoring system held sway, it was very rare that any critic dished out scores above 18 – it was as if there was a general consensus that the perfection that full marks implied was philosophically impossible. Now that the 100-point system is in place, the pressure is on to score higher and higher in order to ensure the critic’s significance in the marketplace. It has been suggested that just as there are Six-Star Hotels that defy the Five-Star rating system normally applied to hospitality establishments, the first wine to rate over 100 points cannot be far off…

Instead of scoring everything ever higher, I much prefer the thought promoted by US wine importer and writer Terry Theise that “the first obligation of a [wine] critic… is to release ourselves from all the worthless cant about Imperial Impartiality and instead offer you a consistent, visible, and explicable subjectivity.”

I also detect a frustration among consumers that wines score in such a narrow band, most no lower than 86 and no higher than 93. I’m sympathetic to this but to some extent, it’s the reality of the situation. First of all, we now live in a world where there is very little outright poor, technically faulty wine at any price point so very low scores are simply not going to occur. Second, the 100-point system implies an accuracy and minuteness of calibration that is not achievable – when it comes to wine assessment, we are talking about an aesthetic rather than a scientific endeavour, scores ultimately nothing more than a snapshot in time of how much an individual critic or panel liked a wine. No more and no less.

For all the shortcomings of wine scoring, it does seem to be pretty much entrenched. Is there another way of navigating the world of wine? Something else drunk during lockdown was the Blaauwklippen Zinfandel 2018. This was more than sound but equally not particularly noteworthy in terms of narrow attributes of quality – it rated 88 and ordinarily would not have featured on the website.

Given the difficulty of gaining access to new releases at the moment, however, I decided to post and was pleasantly surprised at the interest it generated – plantings of the variety are small in SA so it is immediately somewhat exotic and of course, Blaauwklippen has a long history with the variety with it first being planted here in 1978, winemaker at the time Walter Finlayson winning the Diner’s Club Winemaker of the year Award in 1981 for the 1980 vintage. It should not be forgotten that wine is a product of curiosity and a good story has a much chance as selling a bottle as a big score.