The rise of Breedekloof Makers 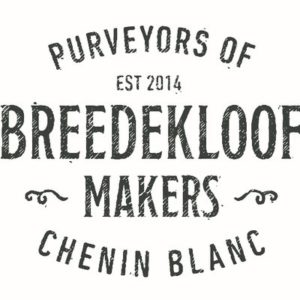 “Anderkantdieberg” (The Other Side of the Mountain) used to be a pejorative term for the producers of Breedekloof River Valley, wrapped up in the epithet the idea that once you crossed the Du Toitskloof Mountains which separate Paarl from Worcester, you had forsaken fine wine for its commodity opposite.

“Why does the media never give us any coverage?” was the lament of producers from this part of the world for many years, and frankly, the answer was that while the wine made here was perfectly serviceable, there wasn’t much of a story to tell. Sauvignon Blanc from high-yielding vineyards and packaged in bag-in-box might make your average supermarket shopper happy on account of being budget friendly but there was precious little to capture the imagination.

This is starting to change with the rise of the Breedekloof Makers – established in 2014 and originally called the Breedekloof Chenin Blanc Initiative, it now consists of 12 wineries which are focusing on Chenin Blanc as a vehicle to uplift their collective image and “Anderkantdieberg” has been usurped as a badge of honour.

History will show that it was Attie Louw of Opstal that set the ball rolling after he set out to make an old-vine, naturally vinified Chenin Blanc which could sell at a premium price, the maiden vintage 2012 rating 5 Stars in the 2014 edition of Platter’s. The 2016, currently available at R175 a bottle, is very good but his compatriots are chasing hard and the stand-out 2016 from Breede Makers is probably the Daschbosch Steen (see here).

Breedekloof Makers is a brave initiative but is it brave enough? The Daschbosch Steen 2016 sells for R130 a bottle with Botha Kelder the most modest of the group wanting R75 a bottle for its current-release Barrel Fermented Bush Vine 2014 vintage and Slanghoek the most ambitious, R190 for its Legends Barrel Fermented 2015. These prices do not exactly make for everyday drinking but are still ridiculously affordable in a global context.

What these 12 wineries are doing right is making the best possible wine they can and then backing it up with some compelling branding. When you realise that Daschbosch is a label belonging to uniWines, a company with 50 producer-shareholders processing an average of 45 000 tons a year, then you start to understand how transformative the Breedekloof Makers initiative could be in terms of getting consumers to look at the district differently.

An example of how absolutely not to do it is the case of the Selected Vineyards Nebbiolo from Du Toitskloof, the 2015 currently selling for R50 a bottle. Although this vintage is un-rated by winemag.co.za, the wine has always appealed previously and the argument could even be made that it warrants a premium simply because it’s from the same variety as the great wines of Barolo and Barbaresco. Wily marketer-turned-winemaker Krige Visser has an admittedly small-volume Nebbiolo off the same vineyards under his new Arcangeli label selling for R235 a bottle (see here).

It’s been said before but it bears repeating: The South African wine industry is undergoing a period of drastic rationalization, the national vineyard peaking at 102 146ha in 2006 but subsequently declining every year since then to reach 95 775ha at the end of 2016. The only way the industry is going to prevail is to put the best quality relative to price in the bottle and then market the hell out of it. There are no silver bullet solutions.