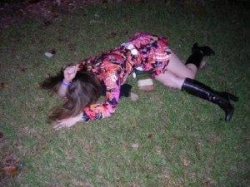 According to wine writer Neil Pendock “SA wine writing is in disarray”, and it’s hard to disagree. As he noted in his blog Pendock Uncorked earlier this week: “Fynproe, the trendy Afrikaans language wine magazine, is to cease publication with the February/March issue after three years of losses subsidized by sister magazine Wineland. Noseweek seems to have dropped its wine column and the controversial Grape communal blog pulled the plug last month.”

According to a statement on Grape.co.za, the site is enjoying a hiatus rather than being totally defunct, but the point is that local wine commentary is currently not nearly as vital as it could be. What has led to this situation?

As the respected Mike Steinberger observes in an article about the future of wine writing in the March 2008 issue of The World of Fine Wine, “the market for wine criticism has always been a puny one”. He argues that in the global context, “a single voice has largely satiated the demand for wine-buying advice” in recent times, the voice in question being that of US critic Robert Parker. “The only opinion that truly matters in the eyes of producers, merchants, retailers, and consumers is Robert Parker’s,” he writes, further noting that “when it comes to Bordeaux, Parker doesn’t just move the market; he makes the market”.

Within the local context, who or what shapes the wine-buying habits of consumers? In terms of individuals we have the juxtaposition of Pendock, who has the platforms of The Sunday Times and Financial Mail at his disposal, and Michael Fridjhon, who primarily utilizes Business Day and The Weekender to express his views. Both also write columns for WINE magazine.

Pendock’s greatest promise to the consumer is his independence, and indeed he is not very much reliant on the wine industry for his income: after completing a PhD in Applied Mathematics at the University of the Witwatersrand in 1984, he embarked on a career in mineral exploration, consulting to various international mining houses.

Fridjhon, meanwhile, offers the consumer experience and expertise: he is widely published as a wine writer, has extensive international judging experience, is a shareholder in a wine importing business and occasionally operates as a consultant.

In terms of collective efforts, there is Platter’s South African Wine Guide, now in its 29th edition and WINE magazine, which celebrated its 15th anniversary this year, and apart from that, not much else.

In exploring Parker’s global pre-eminence as a wine critic, Steinberger speaks of the “moral code” that Parker brought to his work, defined as his “determination to avoid conflicts of interest and to always ‘call ’em as he says them'”. Thanks to Parker, consumers more than ever expect wine critics to serve them, rather than serving the trade. Because he achieved financial viability rather quickly, he was able to maintain a degree of independence that most other writers could not.

As Steinberger notes: “For the majority of wine writers, sponsored trips, media lunches, solicited samples and the like are not a choice, they are a necessity.” This leads him to coin the term “Parker Paradox” – a standard set by Parker that few others could reasonably be expected to adhere to. Locally, it would seem that wine writers face one of two perils: either they are too honest and end up alienating the trade or they are prejudiced in favour of particular producers with the result that they lose credibility with the consumer.

Another reason that Steinberg identifies as to why the number of top wine writers is necessarily limited is that it is an extremely expensive undertaking to acquire the necessary expertise. “A deep knowledge of first-growth Bordeaux and grand cru Burgundy is an obvious prerequisite to becoming a critic with an opinion worth hearing, but prices for current releases of these wines have soared beyond the reach of most wine writers”. Leave aside the best of France, who at work as a wine writer locally can afford to drink the likes of Vergelegen and Kanonkop regularly? It’s difficult for younger wine writers to acquire the experience they need to be credible.

Let’s however assume a few local wine hacks do exist that are consistent and accurate as tasters, gifted as wordsmiths and have managed to avoid being compromised by conflicts of interest. Are they going to prevail? I suspect the key question is whether or not South African wine, taken as a whole, is yet worthy of review at the highest level.

Steinberger points out that when it comes to the regions of Bordeaux, Burgundy and the Rhône, “the wines command enough interest and money to support a full-time critic”, but then goes on to ask the rhetorical question “Is there real money to be made covering South Africa or New Zealand?” As he bluntly states, “people want some assurance before splurging on a Roumier Musigny or a Rousseau Chambertin. With most other regions, the stakes are comparatively small”. One reading of the current situation pertaining to local wine writing is that the public has little want or need for wine buying advice, whether it is fee-based or not.

For those misguided enough to scratch out a living musing about wine, Steinberg does eventually provide something of a lifeline, writing that: “We have come to equate consumer-oriented wine criticism with wine journalism. The two are not, however, one and the same, and spitting and scoring is not the only form that wine journalism can take.”

Warming to his theme, he writes that: “Wine sits at the nexus of some of the defining issues of our time: globalization, climate change, the emergence of an international overclass. There are important stories to be told these days about wine and its place in the world,” and he makes the further point that it is must be preferable that these stories are told by people with real knowledge of wine, even if it is not impossible for non-specialists to make a contribution.

As for an audience that wants to engage on the sort of issues that Steinberg identifies, it is hoped that South Africa will never be entirely devoid of such.