Tim James: August is women’s month in the wine industry too 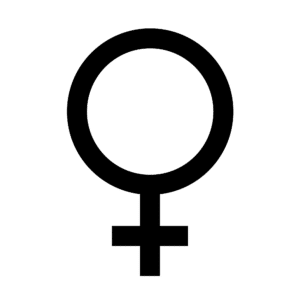 When, in the bad old days—oh, a decade and more back—the printed Wine Magazine had a focus on a woman winemaker it would invariably, as I recall, foreground photographs of her in full make-up, coiffeured and dressed to kill. Jeans, T-shirts, boots and sweat were not wanted—it was as though there was a need to stress that she still comfortably fitted the stereotype, laudably stretching it a little, but without breaking the seams. I also recall a Woman Winemaker of the Year award, which some woman winemakers declined to enter, feeling it was tokenistic and patronising, whose logo also alluded to slinky evening dress and scarlet lips. Even now, PR photographs of women winemakers tend to push the glamour and avoid anything too much-suggesting sweat and work (if you don’t believe me try googling for images of, say, Andrea Freeborough.

But our beloved industry has certainly become accustomed to women in senior or significant wine positions (it’s very long been accustomed to them picking grapes, pruning and doing menial work in and around the cellars). Not just winemakers and management, but, largely thanks to the vital image of Rosa Kruger, it’s just about accepted that a woman can be a viticulturist.

Women are increasingly not just winemakers in small family cellars, where there’s little danger of them, order about too many men apart from their husbands, but in larger ones too—think of Debbie Thompson at Simonsig, for example. And I was struck in recent announcements about some notably important appointments just how little was made—either in the press release or in any subsequent commentary—of the fact that the appointees were women. When Andrea Freeborough was welcomed as Distell’s head winemaker, there was no allusion to the unprecedentedness of such a move (in fact she was just moving up from being Nederburg cellarmaster, a pretty grand position too). The closest that the announcement came to referring to her sex was congratulating her on “an impressive ability to balance work and family life”—not the sort of remark that’s usually made about a man (sadly enough, it’s probably not often possible!). Succeeding her at Nederburg was another woman, Lizelle Gerber. Interestingly reminding us further that Distell has been comparatively impressive in having women in senior positions, Elunda Basson had had a rather distinguished career there before her recent move to Steenberg as cellarmaster.

Admittedly, we do tend to notice when women get invited to join the Cape Winemakers Guild, as has been happening a little more in recent years, but that’s because it was such an unacceptably rare thing for so long, and their effective exclusion from that boys’ club had been noticed.

But, yes, female winemakers are no longer worth exclaiming over—though it strikes me that most of the traditional family wine estates seem to pass on the winemaker role to sons rather than daughters (perhaps there aren’t any). It’s also noticeable that in the not uncommon situation of husband-and-wife teams it’s usually the male member who takes the dominant position, in front of the public at least, in the tradition established by Gary and Cathy Jordan: David rather than Nadia Sadie, Chris rather than Suzanne Alheit, Gordon rather than Nadia Newton-Johnson, Mick rather than Jeanine Craven—however much the women’s importance is insisted upon. Andrea and Chris Mullineux are notable exceptions, of course (hard to imagine Andrea in anyone’s shadow!).

It’s all looking pretty positive for the equality of winemakers, then, in this Women’s Month of 2019, and that’s a welcome component of the Great South African Wine Revolution. We won’t mention now that race is somewhat lagging behind gender—though it’s worth noting and applauding relevant enterprises like Seven Sisters and Women in Wine—but perhaps, without detracting from the achievements, we should ask how deep this transformation is. We, unfortunately, tend to not look beyond the more glamorous positions. What about the condition of women working in the backrooms of the wineries and in the vineyards, living on the farms? It will be an even more splendid August when we can be sure we can celebrate there too.