Tim James: Be cool with reds

One of the great boons of the Cape wine revolution has been the remarkably increased availability of  lighter red wines over the past few decades. Cinsaut is the great emblematical example: fragrant and fresh, generally with a modest alcohol and no oaky heaviness. Grenache noir plays a big role in the category expansion too, as does syrah in the hands of the newer generation of winemakers, and even something like the eccentric blend in Sijnn’s delightful Saignée, which is much more of a light red than a rosé – a crucial distinction. Of course, all these varieties can be turned into very ripe, alcoholic and oaky monsters. But, as I suggested a few weeks ago, even Stellenbosch cabernet sauvignon is showing that, like cabernet franc, it too can make a lighter, fresher wine without losing vinosity and flavour. 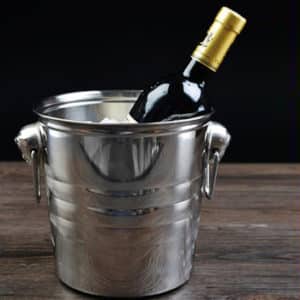 So, at last then, a red suitable for, say, an easy-going summer lunch. But a vital part of the whole proposition is being ignored – I dare say by many winelovers, and certainly by a number of restaurateurs who should know better. That is, the freshness and lightness of these wines should be enhanced by a degree of chilling. On the whole we tend to drink all our reds too warm, not just these lighter ones: really, if a red is not stored in a nice cool cellar, it needs an hour or so in the fridge before serving, or it can be rather thin, and unbalanced by evaporating alcohol. You don’t , though, want especially a full-bodied red to get too cold, as the aromas can become muted  and tannins can get dourly emphasised. But if you miscalculate temperature, it’s much easier to warm up a glassful of wine than it is to cool it down.

Cooling is especially important for the lighter reds, which don’t have a big tannic structure, and also tend to have more aromatic presence. If around 17 – 20OC is ideal for most standard reds, the freshness of lighter wines could benefit from being a few degrees cooler.

So I was disappointed in two restaurant lunches in recent months on these grounds, and in one case further disappointed by the restaurant’s reaction when I asked for an ice-bucket to cool down the too-warm bottle. (I’ve hardened myself over the years to ask for an icebucket for red wines at restaurants as it’s almost inevitable that the wines will be served too warm – and the whites too cold, but that’s another story.)

First disappointment was when a friend and I popped in to lunch at Burrata in Woodstock in Cape Town, after a great tasting visit to Duncan Savage in his city cellar just down the road. We ordered the Migliarina Grenache. But despite this being a restaurant whose winelist reveals an interest and involvement in wine, the wine arrived ridiculously warm – room temperature on a full summer day. We asked for an icebucket, but what arrived was a silly little tinful of ice with a clasp attached to go round the bottle. This arrangement might help keep a cold bottle cool, but it didn’t serve the present purpose, so we drank the wine in very sub-optimal conditions.  I know it would have been delicious and refreshing otherwise.

Not many weeks later the same foodie friend and I went for lunch to the Foodbarn, Franck Dangereux’s excellent restaurant in Noordhoek (as smart restaurants’ prices rise inexorably, I can’t believe there’s any to challenge the quality:price ratio at the Foodbarn). We started by sharing a carafe of Mullineux White, a fine wine served at a perfect temperature: definitely cool, but not chilled to within an inch of its aromatic life. Then we stayed in the Swartland with the Badenhorst red blend. Served not as warm as the red at Burrata, but short of ideal. A proper bucket with water and ice came promptly when requested. That’s what is needed to cool a bottle down quickly. It did so. We even remembered to take the bottle out before the wine got chilled. In wine temperature, as in structure and flavour, balance is all. Red-wine lovers remember: ice-buckets are your friends!