Tim James: Can the market bear the ever-increasing number of top-end Chenins?

Visiting and tasting with Lukas van Loggerenberg (Van Loggerenberg Wines) and Reenen Borman (Boschkloof and Patatsfontein/Ron Burgundy) is becoming established as a great annual pleasure. Making it all the more interesting last week was the presence of Roy Richards, now not quite retired from wine stuff but until recently a greatly respected British wine importer, renowned for his palate, and his “discovery” and support of many, especially European, winemakers. He was on holiday in South Africa with his wife Julie (also in wine business, based in Beaune, where they now live), but wanted to do a little wine visiting – and I thought that Lukas and Reenen could represent the best of the youngest generation of Cape winemakers emerging into renown.

It’s many years since I last met Roy. I got to know him through Louise Hofmeyr of Welgemeend, whose wines he imported, and we benefited hugely from his generous sharing of both grand and more obscure European wines (From Le Pin and Henri Jayer to Antonio Vallana), and from his experience, expertise and uncompromising devotion to “proper wine” – that is, wine that hadn’t succumbed to powerful Parkerism or fruity Australianism – when it was pretty unfashionable, here as elsewhere.

At the London Wine Trade Fair in 2002, I introduced Roy to Eben Sadie (I’m rather proud to claim this – though doubtless they’d have found each other sometime), and he was subsequently useful in helping Eben to get established, and imported his wines. There was a nice moment on this visit, when I was having dinner with Roy and Julie at Aubergine, and chef Harald Bresselschmidt came and chatted with us: the first restaurateur to stock Sadie Family Wines, with their first importer, and the first journalist to write properly about them. Incidentally, we didn’t drink Sadie wines that evening off the fine Aubergine winelist, but mature German riesling and red burgundy – and, for a kind of dessert, Badenhorst Ramnasgras Cinsaut 2014.

Eben has no further place in this story, except that next day he took Roy to visit his Paardeberg neighbour, and the maker of that latter wine, Adi Badenhorst. Telling me later of the visit, Roy said he’d been struck by the Badenhorst Golden Slopes Chenin Blanc 2016. He’d already mentioned his difficulty with Cape chenin given its radical difference from the Loire chenin that he’d loved so much for so long. He now said that Adi’s wine was the most Loire-like he’d had. Which greatly chuffed this former acolyte, as a few months back I wrote the same thing: “it seemed to me”, I said, “with its yellow stonefruit, straw, pear and spice, the closest the Cape has come to a Vouvray in its complex delicacy and hint of sweetness”, in the context of a good acidity. 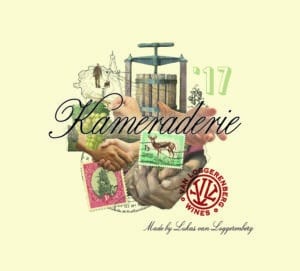 As for chenin, we tasted three on our joint Stellenbosch visit, including two 1917s – as yet unreleased, but do look out for them. Van Loggerenberg Kamaraderie, from old Paarl vines, recalls the honeyed, concentrated richness of the fine 2016 (which we also sampled), but is more focused, fresh and nervily dry. Reenen’s Patatsfontein 2017 from Montagu has a lovely savoury, lingering brilliance, the succulence of ripe acidity holding the core of sweet fruit in great balance.

But don’t overlook the Patatsblanc 2017, the same chenin blended with two-thirds colombard. It’s lighter, and more obviously immediately delicious and pretty (and will be cheaper, too), but with similar finesse. And rather different.

I recalled this difference as a point much in its favour, a few days later when tasting some recent releases with Angela Lloyd. One was Metzer Chenin Blanc 2016, from Wade Metzer’s expanding range of mostly Stellenbosch wines. It’s undeniably good, fairly fruity-rich, with decent acidity, clean fruit flavours, and a good length; still young and will benefit from a few years in bottle. But there was little to significantly distinguish it from a whole raft of better Cape chenins.  It costs about R240, which is a pretty hefty price (though the Van Loggerenberg will be around R400, even more than his great Breton cab franc!).

And I started wondering how many expensive Cape chenins the market – both local and international – can bear as yet. There are now many good examples; it seems every young and ambitious winemaker is offering one, but I wish they’d look varietally wider. These chenins all deserve to find happy homes, vintage after vintage, but I really can’t believe they all will.