Tim James: Cinsaut and the quest for seriousness 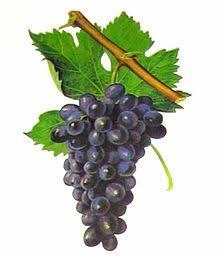 It seems to me there are more and more mutters these days to the effect that we’ve been perhaps a little too generous in our welcome to wines from cinsaut – but as some of the mutters are my own it’s not surprising I’ve heard them. This is not to suggest that cinsaut, the hipsters’ and sommeliers’ darling, is not to be welcomed – far from it, for all sorts of reasons including historical ones but mostly because it has given us so many fresh and delicious light-styled reds. But I would say, firstly, that we need to start being much more discriminating in our delight; and, secondly, that we need to recognise the limitations of the grape.

I’ve long argued that, on the more serious side, we’re going to get many more interesting cinsaut- blends than varietal cinsauts (which is not at all to disparage the more serious offerings, such as Sadie Pofadder, which have the potential to age beneficially). I feel that even more strongly since doing a recent tasting of five, mostly new (some unreleased) blends with cinsaut components (written about here). Even if it was hard to match the brilliance of Leeu Passant Dry Red 2015, in itself the most eloquent possible advertisement for a cinsaut-Bordeaux variety blend, these wines generally offered more substance and depth than cinsaut easily does solo.

But my general opinion of needing more discrimination about varietal cinsaut was also boosted by the three cinsauts included as an appendix to that tasting: Van Loggerenberg Geronimo 2016 and two unlabelled vintages, 2015 and 2016, made by Andrea Mullineux from a cinsaut vineyard that also gives grapes for the Leeu Passant – she is hoping the 2015 will be included on this year’s Cape Winemakers Guild Auction.

One of the things that impressed me most about all three was the incipient complexity of the aromas, and the (concomitant) way that the perfume was reduced to a subtle hint. I have been finding that my love affair with the sometimes extravagant perfumes of so many whole-bunch, semi-carbonic maceration cinsauts has been tiring. I suspect that this style of cinsaut is going the same way for me that gewürztraminer has long since gone: an occasional genuine delight, but not one I want to test by too frequent indulgence.

The Geronimo I have enthused about before, mentioning happily that “there’s less of the tarty tutti-red-frutti perfume, more depth”. Lukas van Loggerenberg mentions that leaving the wine on the skins for some time reduces the perfumed character, and this longer post-fermentation extraction is something that Andrea Mullineux also practices. In fact, Andrea’s two wines are probably the “biggest”, richest and most forcefully structured cinsauts that I’ve tasted, especially the spicier, hugely dry-tannined 2016 – I slightly preferred the 2015, off the Franschhoek vineyard that includes the Cape’s second-oldest black grapevines.

Both are going to develop fascinatingly. While having some differences in character, both are round, ripe and rich, as well as fresh, with the properly dry finish that is essential for such wines to retain finesse. They’re also delicious and will get more so, and more complex. It’s a new route for modern Cape cinsaut when vinified to make a long-lived, full-bodied and traditionally ambitious wine, and one to be welcomed. But, as with the lighter, more elegant van Loggerenberg, they’re going to reveal the essential triviality of many modern cinsauts – with triviality not at all a bad thing when it’s delicious and charming, but certainly worth noting and not to be confused with seriousness.