On Saturday, Christa von la Chevallerie’s Nuwedam Chenin Blanc 2017 became the first wine to be launched bearing the Certified Heritage Vineyards seal of the Old Vines Project. Perhaps, indeed, the first wine in the world to bear the certified (by the national authority) date of a vineyard – 1974. I remarked to Christa how important it is to be first – a category like “best” is debatable; “first” is, usually, not argued over.

But history, including the history of chenin wines in South Africa, is contested, as I was reminded when reading a recent piece by Michael Fridjhon – and I hope he won’t mind my corrective amendment to his claims. His short article draws a straight line from the mid 1990s, via the Chenin Blanc Challenge, then run by Wine Magazine, to the current local and international acclaim for Cape chenin (though I think Michael is overly enthusiastic in claiming that “Consumers everywhere recognise that South Africa offers the most interesting chenins in the world”, given the claims of Vouvray and other Loire appellations). 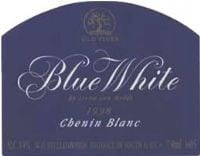 Michael is clear where “the Chenin renaissance of the past two decades” originated – himself: “It came out of a campaign which I initiated in the first half of the 1990s”. It’s indisputable that the Chenin Challenge, which began in 1996, was important in helping to raise the local profile of a rather despised grape, encouraging both consumers and producers. At the time, there was little ambitious chenin around these parts. When Irina von Holdt introduced her Blue White Chenin Blanc a year before that intitial Challenge, it was unprecedentedly expensive (am I right in recalling it cost R18?). Irina also claimed to be starting something: she aimed to “mark a new start and status for chenin blanc, and save excellent older vines from being uprooted” – perhaps the first (again that category) to voice this now familiar concern.

The Chenin Challenge is only one strand in the story of modern chenin’s success, however, and in fact ultimately the subsidiary one.

Because of its nature as a big, blind-tasted competition, the Challenge inevitably rewarded and encouraged “blockbuster” wines: usually with both plenty of oak and plenty of residual sugar; the sort of wines to stand out in a lineup. The style provided excellent examples, of course, including those made by Teddy Hall. Most were wannabe chardonnays – the big, ripe, heavily oaked chardonnays then fashionable. As late as 2010, I wrote a piece called “Undrinkably good chenin”, about the Chenin Challenge and the sort of wines it was rewarding. I pointed out that the average residual sugar of the four wines scoring higher than 4.5 or 5 stars that year was 6.9 g/l, and the average alcohol was 14.3%; of “the eleven wines scoring four stars or more, only one – one! – would really count as dry”.

Two years later, I was still complaining that “showy wines have grown increasingly prominent, I think, through the very success of the Chenin Blanc Challenge”. And, incidentally, I suggested that “the Chenin Blanc Association is furthering this identification of quality with sweetness, oakiness and power”.

So, that is the first strand. But an alternative, parallel strand had long since become apparent, and was to prevail, even though its producers tended to avoid wine competitions like the plague. 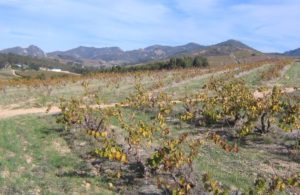 A Chenin Blanc vineyard in the Swartland.

It emerged, of course, in the Swartland, with a radical new response – not to fashion or the lure of prizes, but to tracts of old, dryland-farmed, bushvine chenin. The first Spice Route Chenin Blanc, made in 1998 by Eben Sadie, was exuberant, and not quite dry; but only old oak was used, the wine was partly fermented spontaneously, and bottled unfined and unfiltered. Perhaps an even more definitive moment in modern Cape chenin came when the variety formed a significant part of the 2002 Sadie Palladius blend, creating the first uniquely South African style of white wine.

This revolution started picking up pace after a few years, with blends and varietal chenins. At the then Tulbagh Mountain Vineyards, for example, Sadie protégé Chris Mullineux made a varietal Chenin from local grapes in 2004 but replaced it with TMV White 2005 from Swartland chenin (with a little viognier and clairette) – natural ferment, dry, old oak. Today, of course, the Swartland is a byword for fascinating chenin, and many of those that are internationally found to be most “interesting” are from there.

While the style now well exemplified by Ken Forrester FMC persists as something of a taste-driven alternative, the majority of the chenins welcomed by the world are made in the newer style: naturally fermented, dry, matured only in older oak, or cement or amphoras – about as far as you can get from the style of the older Chenin Challenge winners. This Swartland strain has, in fact, proved to be the dominant one. It emerged independently, certainly not out of the Challenge, and even effectively in opposition to it.

A history of chenin in the Cape remains to be written and, if ever accomplished, it will not be a simple tale, including its latest and most glorious chapter.