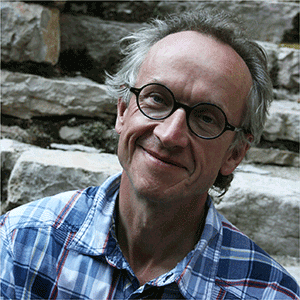 It’s nine years since Andrew Jefford – eminent British wine writer and critic – was last in South Africa. He’s just spent something over a week here, tasting hard (with also a bit of playing at the Swartland Revolution, his final stop), making a number of winery visits and doing some category tastings, chardonnay most extensively, perhaps, but others too.

That near-decade between visits is a notably significant one in the development of modern Cape wine, and Andrew made some interesting and insightful comments when I chatted to him about it – during a long walk around the Groot Constantia estate (he remarked on the matchless beauty of the Cape winelands, as we trudged up a hill, me panting rather more than he), and over a lunch accompanied by a delicious bottle of Eben Sadie’s Mrs Kirsten 2008 Stellenbosch chenin.

As a generalisation, he was clearly impressed by changes in the wine culture here – especially the number of producers now dedicated to producing what he calls “unadjusted”, terroir-driven wines.  Not just the small avant garde producers either; Andrew stressed that this approach is now characteristic of the large estates and “co-op” wineries too. Incidentally, he says that he is always amazed at the lavishnessness (“the lawns and sprinklers”) of so many estates here, especially in the context of so much poverty – and he’d hoped to find more social transformation than was apparent to him.

Back to those “unadjusted” wines: “For 15 years I’ve been trying to get southern hemisphere producers to make this sort of wine. It’s frustrating to travel round the south and see how terroir has been mostly effaced.” South Africa, more than any other country in the hemisphere, Andrew says, “shows a desire to be site-specific, with a determination to deliver that in the wines.” Perhaps, he speculates, it’s the greater reverence for the classic European experience here – in Australia, for example (where he spent a year not too long back as a sort of wine-writer-in-residence), he feels that the European model is almost resented, rather than respected.

Presumably, too, there is some sort of natural potential in the Cape – the “inherent freshness” he mentions. And, he muses further, while in Argentina there is also genuine respect for European tradition, such things as the implacable necessity for irrigation might not help. While, as he says, Argentina seems unable to “do” white wine well (apart from torrontés), he has come to realise on this visit that, although he’d always seen the Cape as red wine country, it is white wine that is the greatest strength here – with good reds in support of the triumphant whites, rather than the other way around.

Sauvignon blanc’s success he knew about, but this time he’d been very impressed by chardonnay as a category. Even more so, I gathered, by the sauvignon-semillon blends he’d tasted – including a Vergelegen 2006 at lunch with fellow-Brit Remington Norman. Local semillon too had pleased him – he instanced Boekenhoutskloof Semillon as a particularly fine example, adding that the Boekenhoutskloof team really “understand drinkability”.

This concept, in fact, was a point Jefford returned to nearly as frequently as he did to the respect he’d seen for origin: “The great litmus test is drinkability….”

We can expect to see a number of reports by Andrew making general and specific comments, in the weeks and months to come, in his writings in Decanter (and decanter.com and its Chinese version) and World of Fine Wine, at least. I suspect they will be overwhelmingly positive. With any luck there might also be a haiku or two – he regularly offers sometimes startlingly poignant and beautiful little poems in what must be amongst Twitterdom’s most charmingly crafted tweets (@andrewcjefford; his website is www.andrewjefford.com).