Tim James: KWV celebrates 100 years – some reflections on its legacy 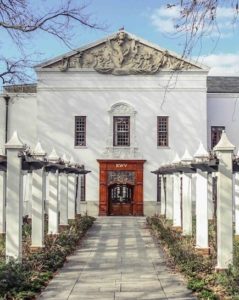 Let’s be grateful that the KWV doesn’t celebrate its birthday as assiduously as does the African National Congress. We can also breathe a happy sigh at the KWV being no longer as significant in its field as the ANC is in its….

When the KWV was officially born on 8 January 1918, just a century back, I doubt if many of those involved were cognisant that it was the sixth anniversary, to the day, of the founding of the South African Native National Congress, later to become the ANC. The organisation registered as the Ko-operatiewe Wijnbouwers Vereneging van Zuid-Afrika, Beperkt hasn’t, obviously, had the significance of the political one, but wow, as far as the Cape wine industry is concerned, it was a hugely important factor for much of the twentieth century. For good and for ill, let it be said.

And, with me having dragged in politics, don’t think that the KWV wasn’t socio-politically significant too, from the start. Most KWV members were, of course, Dutch-Afrikaans and 1918 was also the year that saw the founding of Santam/Sanlam, also with initial capital provided by Western Cape farmers; it was a key year in the building of Afrikaner capital and Afrikaner self-confidence and the KWV wasn’t irrelevant to that.

This year’s press release by the modern KWV (which has little in common with the KWV of the 20th century, of course) puts it thus: “KWV was originally founded with the single purpose to serve the interest of the South African wine industry and to promote the image of local wines abroad”. 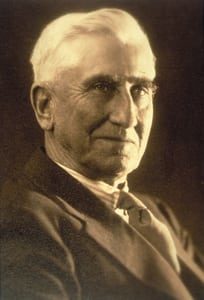 Yes, well, that’s one (bland, reductive) way of putting it. The KWV constitution (drafted by its leading light, Charles Kohler), gave its object as being to regulate the price of wine and brandy of its members and promote the sale of their products. Kohler had been working hard on the project for many years, given the desperate state in which the wine industry found itself in the decades around the turn of the century. By late 1917 more than 90% of wine farmers had endorsed the constitution. The company was thus founded – but it became a “mutual cooperative society” only in 1923.

There were great difficulties at first, as the KWV had limited powers under existing legislation. But the government was persuaded to be sympathetic and in 1924 came the Wine and Spirits Control Act, the first of many bits of legislation giving authority and power to the KWV, which gradually assumed quasi-statal powers, until this power structure started to be dismantled in the early 1990s, as a new socio-political regime in the country emerged.

The South African wine industry was indeed saved by the KWV – but at a cost. On the (further) positive side, we could include these factors:

And the downsides of KWV rule? Not tackling leafroll virus effectively must count as a signal failure. But surely the real problem was the way the KWV built the wine industry with a focus on quantity rather than quality. The struggle of a few ambitious farmers to get chardonnay is one example of the problem. Quantity rather than quality was inherent in KWV’s minimum pricing strategy and its nurturing of co-operatives rather than independent wineries – giving a structure that still remains a drag on wine image and quality wine production. The notorious quota system gave the KWV control over new plantings, and there was no trouble in establishing vast bulk-wine production in the hot newly-irrigable areas (Olifants, Breede and Orange Rivers); but if you wanted to plant an ambitious estate  in the Hemel-en-Aarde Valley – no way.

But hey, that’s all in the past. (Except where it’s not.) Happy 100th birthday KWV; I wish you well, now that you’re just another struggling producer rather than our overlord.