Tim James: Not one industry but two 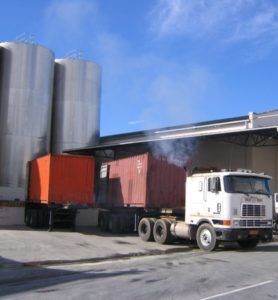 One face of the SA wine industry.

Writing a blog on Grape about hard times for some southern hemisphere wine producers (including a South Africa which has maybe more elements of good news thrown in right now), it struck me, not for the first time, how difficult it is to make generalisations about “the  South African wine industry” – perhaps any wine industry, come to that. Is it even really meaningful to talk about such a concept without immediately mentioning exceptions which might even be invalidating?

So, for example, we can point to the grim situation “the industry” finds itself in, with large unsold stocks, static or declining grape prices which don’t meet production costs, a net farming income which has dramatically fallen over the past decade. Yet I don’t think Sadie or Kanonkop have anything to complain about in terms of profitability; and I’ve just received a notice from Alheit about the allocation of wine I’m allowed to buy this year (not much – but I wish I could afford the whole allocation!). Internationally, “South African wine” is acquiring a fantastic reputation, but again, that is largely for Sadie, Kanonkop and Alheit – etc.

There are something over 3 200 primary wine producers in South Africa (an ever-shrinking number – there were over 4 500 in 1999), whose grapes go largely to the “producing cellars” (co-ops and former co-ops; they’re also consolidating – 50 now, 69 in 2009) and as grapes or wine mostly to the wholesalers and exporters – big guys like Distell and KWV and lot of smaller ones.

That accounts for approaching 80% of the wine-grape harvest. If anything can count as South African wine, surely this must be it? But it’s certainly not the “South African wine” that gets lauded internationally by Jancis Robinson, Tim Atkin, James Molesworth and the like. Locally, too, this 80% does not include the wine that gets reviewed by the respectable critics. You might occasionally see a mention of the like of a great value KWV Chenin Blanc, for example, or of the Wolftrap phenomenon which adds to the brilliant success of Boekenhoutskloof (some big-volume wine certainly generates big profits). But that’s about it. Serious critics and (well-heeled) wine-lovers devote themselves to the less than 20% or so of South African wine emerging from the private wine cellars and, to a tiny extent, the producing wholesalers. And probably a fairly small proportion of that 20%, in fact.

To take another gauge of the great divide between the two Cape wine industries. I’m sure any regular reader of the blogs and tasting notes on this website would enjoy debating the merits of sauvignon blanc from those local areas in which it is the most planted variety and in which it performs best: Agulhas, Constantia, Elgin, Hemel-en-Aarde…. Yet you could add up the production of sauvignon in those regions and the total would be paltry compared with the sauvignon grown in the Breedekloof. But when last did you read about a Breedekloof sauvignon? Or drink one?

The nineteenth-century English politician and novelist Benjamin Disraeli famously suggested that England was not one nation but two: “The rich and the poor.” I’m not suggesting here anything as radical as that (of course, there’s a vital distinction between the structurally rich and poor in the wine industry but that’s another matter). But, despite some unities over which the national flag might dubiously be flown, it’s worth always asking what exactly a speaker or writer is intending to convey by invoking something they call “the South African wine industry”.