Tim James: On Belfield and Elgin’s potential for high-quality reds

When Paul Cluver Estate some years back ceased bottling their cabernet grapes under their own label – to concentrate on whites and pinot – I thought it a good idea. Red wines from Elgin (pinot apart) seemed largely expendable, despite occasional exceptions – with the rarity of the exceptions making the point.

That’s not to say that wines like the abandoned Cluver Cabernet, Shannon’s Mount Bullet Merlot, the blend from Oak Valley, Iona’s reds or, most recently, Richard Kershaw’s maiden Syrah, were or are poor: certainly not, though in the examples I can think of, white wines (or pinots) from those producers easily trump the reds.

But it’s clear that any such conclusions with regard to such a youthful region as Elgin must be provisional. I was reminded of this a few months back when I tasted Angela Lloyd’s Platter’s samples of pinotage from up-and-coming Spioenkop; both were exciting and appealing – one a blend with Stellenbosch fruit, the other, as I recall, a new bottling entirely from home vines. 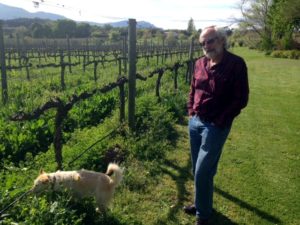 Again I was reminded when I recently visited Belfield, where Mike Kreft has for nearly a decade now been making red wines off his few hectares (2.4 to be precise!) of cabs sauvignon and franc, merlot and shiraz. The Belfield soil, claims the website, “is well drained and rich in iron, and faces north, creating a pocket of land that produces elegant cooler climate red wines”.

Indeed it does (if not invariably). It had been a few years since I’d enjoyed Belfield’s Magnifica flagship, and it was good to rediscover its excellence – I’d easily put it among my top ten favourite Cape cabs, partly because I particularly appreciate its modest, elegant style.

I tried the 2009, 2010 and 2011. All had a lovely bright freshness, and a genuinely dry effect thanks to the good acidities (remarkably, Mike must generally adjust his acid downwards – the opposite process from that undertaken by most local producers), all in fine balance, with firm tannic underpinning. Oaking is restrained – about 20% new. Even the 2009 is still young and tight; they all are, really, but the 2010 is showing a little more easy-going fruit – it’s a beautiful wine, perhaps my favourite of the three. 2011, with a typical 13.5% alcohol, seemed a touch more extracted. At about R135 an excellent bargain.

Something of a similar pattern emerged with the Syrah, with the same vintages tasted. The maiden 2009 was nicely spicy, with some gently austere dry tannins. 2010 showed  somewhat more sweet fruit, though still with serious tannins. Neither intense nor lingering, I thought, perhaps revealing the younger vineyards, but pretty good. (Incidentally, it seems that shiraz is most widely being touted as a suitable red grape for Elgin, but I have my doubts, as I’ve not yet tasted one that I really admire – though it’s early days still, and cool-climate Elim is doing a little better with the variety.)

The 2011 Syrah is not yet released. It alarmed me somewhat, in fact, being in a different, to my mind unBelfieldy, style – with ultra-ripe flavours and somewhat soft-centred. Not a style I much care for, though some others no doubt will. For me, I’ll be hoping this doesn’t presage a change of direction for this producer.

The third Belfield wine is Aristata (like Magnifica named after a protea). The likeable 2010 is 80% merlot, with cab franc and a dollop (as we Platterites say) of cab sauvignon. A not-unpleasing touch of mint, gently fruity, lightly elegant. That word again. Long may it characterise Belfield.