Tim James: On the practical difficulties of a wine collection 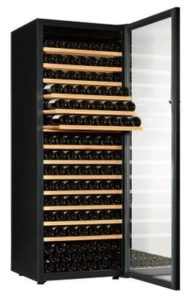 Buying wine is an expensive interest; storing it well is not cheap either. I don’t know how many bottles I have – usually somewhere between 600 and 900, I think. Because they’re not all kept in one place, and (despite earnest intentions) my record-keeping is shoddy, I can’t easily be quite sure. I could get to a less vague estimate than the one I’ve just given, but for some reason I don’t.

What I know is enough for my purposes. Although I do admit that I sometimes get surprised when I look on a shelf (in colleague Angela Lloyd’s enviable cellar – she kindly stores some of my wine: around 100–150 bottles I’d guess), or unpack a case that had been resting for years at the Wine Cellar commercial facility in Observatory, Cape Town, and find bottles that I had no idea I had. It can even be quite exciting. This seems culpably casual, perhaps, but it’s a system, or non-system, that’s worked well for me up to now.

Having a cellar (ie, a collection of wines destined for future drinking, stored in good conditions) serves at least two important purposes. The obvious one is that it allows one to drink wines that are more mature than those commercially available – at least at reasonable prices. Connectedly, it’s always seemed to me vital to have a lot more wine around than you are likely to drink in a shortish space of time. You must be able to virtually (or literally) forget what you have just acquired, and allow those bottles to rest there in the cool, quiet dark, gaining interest, one hopes. Pressure to drink immature stuff must be avoided, and the best way to sidestep temptation is having other bottles available.

Of course, there’s a time lag while waiting for the first lot you laid down, but there’s plenty around for drinking young. I don’t rely only on my cellar, which consists mostly of serious, often comparatively expensive bottles that aren’t for everyday drinking. I keep in my house more youthful wines not needing excellent storage. Recently, for example, I bought some of the “lesser” Intellego wines (six Syrah, six Kedungu) as “house reds”.

So, some of my wine is in Angela’s cellar, some (until recently the majority) is stored in perfect conditions at Wine Cellar in Observatory, Cape Town,. But there’s obvious satisfaction in having one’s wine immediately available (even if it is can be desirable to be prevented from drunkenly stumbling after that bottle of old Domaine Blank in order to make a comparison with what’s already made one stumble). As I have no spare room to convert into a properly airconditioned storage space, I have four wine fridges, or coolers: two large ones, with upwards of 150 bottles each, a smallish one (about 60 bottles) and a medium-sized one (which I hate, for various reasons, mostly because it doesn’t have a uniform temperature but ranges from icy-cold at the bottom to warmish at the top; I keep some fragile old bottles in the very cold section, which is useful; I shouldn’t hate it).

As I suggested, storing wine properly isn’t cheap. I now pay about R12-R14 per bottle per year at Wine Cellar. Good wine-coolers are ridiculously expensive. My large ArteVino, with thirteen sliding drawers, would now cost me around R38 000, and that’s far from the priciest available. My little one I found at auction, and just a few weeks back I got a large old-ish Liebherr second-hand (it’s not easy finding second-hand wine-fridges). That was a triumph, especially as it is more generously proportioned than the ArteVino, and the racks allow for the irritatingly bulky bottles of the likes of Sadie. I happily withdrew a dozen cases from Wine Cellar to reload them in my fridges.

The end of my garage is, then, lined with wine-coolers, and I must have at least half of my wine here within easy reach. Good. All I need to do now is to properly catalogue it all rack by rack, so that I can locate what I’m looking for. And I suppose I could easily count this lot, at least. Why do I resist wanting to know, I wonder?