Having looked at sub-R100 wines over the last few months, fairly randomly selected from supermarket shelves, I am considering the wine I drink in a slightly different way. Or perhaps it has just focussed my mind on how and why I drink wine – and what wine I drink.

Because wine has been an obvious part of both passing my time and earning my income (and, even more, spending my income) people have occasionally remarked on how passionate I must be about the stuff. That’s a word – and an idea – that I back away from hastily. How could I put myself remotely near the devotion category occupied by, for example, Ryan “Wine Geek” Mostert (the most wine-besotted person I know), and a number of other people for whom it is much more even than a job they find fascinating and compelling?

Not “passionate”, then. I love, though, the culture of the world of wine, its complexity, its humanity and generosity, its past and its present (with the hateful aspects too), though I’ve never been much interested in the details of how it’s made – or even how it’s grown, though I’ve learnt that vineyards are much more interesting than wineries. And I love drinking good wine. The latter is probably somewhere close to what I hope is the point in my present rambling. 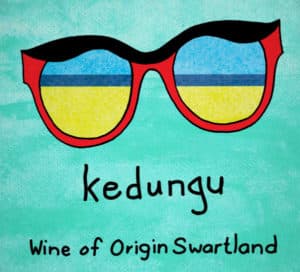 More often than not I drink wine alone, with and around my evening meal; lying on my sofa (the great writer Vladimir Nabokov also liked eating while lying down), often enough with my feet resting on a sleeping dog; reading, or watching something on the screen. The wine is not a focus of the experience, but part of the savour of it all. Like the other components, it must be at least fairly good. My quintessential “house red” recently might be, for example, Carinus Syrah (I’ve just bought a case of the 2018, which I’ll drink too young) or Intellego Syrah or Kedungu. Or one of any number of chenins, which I seldom buy by the case. Wines in my comfort zone, essentially, but mostly well above that R100 price. Incidentally, as I’ve grown older, I seem to have perhaps paradoxically learnt to more appreciate some younger, simpler wines, which have their own perfection.

Occasionally I will feel in the mood for something grander, more ambitious – a more mature Sadie or Alheit wine, for example, or a modest Bordeaux – but I don’t think that I’ve ever opened a significant burgundy to drink by myself. Such grander wines are mostly for sharing, drinking in a context when I pay more attention to them than over TV-watching dinner.

I’d guess that this is not, after all, strange to most people (though perhaps most people share wines more often than I). After all, it makes sense, unless you’re very rich and/or over-concerned with image. But it’s not just because of that sensibleness, to me it seems insufficiently respectful of a particularly serious or fine wine to not pay full attention to it. (If it sounds like I’m saying I don’t have much respect for the likes of Carinus or Intellego, that’s obviously far from the truth – I must rely on any reader who’s got this far to sympathetically understand what I mean.) Another aspect of this is that I’ve been at numerous convivial occasions when famous-name corks are flying out at a rapid rate, and splendid wines being downed without enough attention being paid to them. The whole experience might be magnificent, but, spread out over a week, those bottles could have given a great deal more depth of satisfaction. I know that some will disagree with this parsimonious approach!

I tend to concentrate, in my professional wine-tasting on the upper end – and to an extent in my wine-buying and wine-drinking too. Finding a fresh, harmonious, delicious syrah for R150 is cause for celebration and talk of good value. The time when I most get to taste sub-R100 wines is when I’m doing my Platter tastings, and I frequently recognise good quality at a reasonably low price – but I seldom drink those wines; there are usually, at that time, more “serious” wines which I think I should try again with dinner.

Hence, quite simply perhaps, the pleasure and knowledge I’ve gained from my trips down the supermarket aisles, and – importantly – from the suggestions that readers have made in comments. There are some amazing bargains out there and we wine lovers are still lucky to be where we are. At all prices, but generally I think one must approach R70 for a white and R90 for a red to get something interesting (though there are amazing bargains in chenin and I’d never sneer at a glass of Tassies). I’ve just been scratching the surface, which makes my findings all the more impressive. Even foreign wines, especially if one goes to Checkers.

I was going to write about a few more this evening – though perhaps it’s time to wind up that little series – but have rambled on enough already.