Skill and talent is what it’s really all about, but one of the best things about wine is that we think that’s not entirely true. Well, I only partly (though largely) believe that first proposition; the second one I’m more confident about.

I wrote last week about tasting five wines made by different winemakers from adjacent rows of a fine Burgundy vineyard, the Côte d’Or being the classic illustration of terroir (see here). And I concluded that, so different in terms of quality were the wines, “there was no question that the viticultural and winemaking skills and sensitivities of the different domaines trumped the terroir”. A few days later, I happened on Andrew Jefford coming to much the same sort of conclusion, but generalised, in the Burgundy chapter of his The New France. 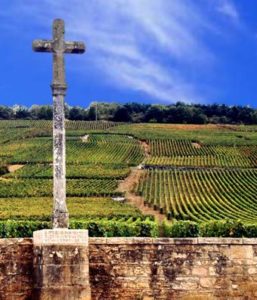 Andrew accepts some of the claims of terroir amidst the “chaos and anarchy” in Burgundy, but concludes that the “consuming truth of burgundian wine quality, sadly, is that it is eighty per cent due to producer and vintage, and at best twenty per cent due to vineyard origin”. It’s not an original observation and some serious wine people go much further – like Mark Matthews, professor of viticulture at the Robert Mondavi Institute for Food and Wine Science at the University of California, Davis, who’s just published a book, which I’m looking forward a bit nervously to reading, called  Terroir and Other Myths of Winegrowing.

Whether or not terroir is a myth (I’m not debating it now, but I don’t believe it is), it is one more or less deeply subscribed to by those involved in making South African wine the exciting thing it is right now. It seems to actuate their greatest ambitions: they all want to express this or that patch of sunny hillside. And yet … it would be a foolhardy person who’d claim to be able to identify, in wider line-ups, pinots from the Hemel en Aarde Valley or Skurfberg chenins.

My first point, then, is that it is skill in wine-growing (to use that strange term covering both vineyard and winery) that differentiates and discriminates. Again, there’s no space here to get into what makes a good wine-grower, let alone a great one, but I’m increasingly sure that some people just have an element of relevant genius, an instinct perhaps, that sets them apart. Inevitably, it is combined with intelligence, a great deal of hard work and effort at understanding, and – almost above all – an infinite concern with detail.

Yet perhaps it’s especially these wine-growers who most insist on their role as mere adjuncts to terroir!

Another factor that supposedly puts mere human beings in their place as handmaidens to the vine and soil is grape variety. There undoubtedly is some sort of hierarchy here: however delightful cinsaut may be, it does not have the inherent quality of, say, cabernet sauvignon. Yet I can think, as I’m sure you can too, of specific cinsauts from modest regions that are unquestionably superior in most terms to some Stellenbosch cabernets. Similarly, I’d rather have a clairette blanche produced by Andrea Mullineux, or a colombard by Reenen Borman, than a chardonnay made by … well, one or two people.

It’s all in the grape; it’s all in the vineyard; so many of them say. But it’s not – at least not until a skilled, sensitive and talented wine-grower puts it there. Terroir, especially, is a beautiful concept (whatever its truth), and an inspiring one and even a vital one, for wine-grower and wine-drinker alike. Without it, we might as well turn to other pleasing, totally crafted, beverages – like whisky or gin.