Tim James: The difference between how normal people and critics taste 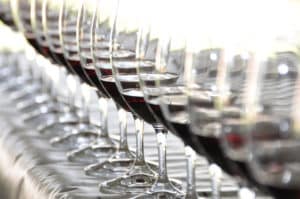 When I was taught the Cape Wine Academy approved method of tasting wine, scoring (out of 20) was inevitably part of the process. The tasting sheets had columns for rating appearance, nose and palate, and the total score. Various systems have degrees of elaboration on this sort of additive procedure.

I can’t, however, remember when last (on the occasions when I reluctantly score wine) I proceeded in this way, rather than merely giving the total, out of 20 or 100. Nor when last I saw any wine professional doing a breakdown analysis, though I do see non-professionals doing it thus (and I suspect a few competitions require such a schema). If I were obliged to offer separate scores for appearance, aroma and taste, I would do so retrospectively, reconstructing those elements from my overall score.

This totalising idea came back to me at a few points in Jamie Goode’s more-than-useful book I Taste Red (see my previous comments on it here). I can’t do justice to Goode’s delvings into neuroscience in his chapter on “Wine and the brain”, but part of his discussion is how wine experts, unlike the common wine-drinker, fight against experiencing wine as “an object”, trying to “distinguish individual components in a complex mix” – a mix that our brain is marvellously fusing into a perceived whole.

There’s a lot of detail about neural connections and such things as the amygdala-hippocampal area, but it gets more relevant to this layman when he refers to the way experience changes the way the brain works, and how “knowledge changes perception”. In the latter case, think, for example, about how knowledge of price can affect one’s perceptions of a wine – perhaps even, the neuroscientist says, “affecting the actual quality of the wine by changing the nature of the perceptive experience”. And think how one brings one’s knowledge/experience of, say sauvignon blanc, to make a whole lot of extrapolations when one first gets a characteristic whiff that triggers them off (occasionally misleadingly, as I’m sure not only I have found on occasions, when I’ve led myself in quite the wrong identificatory directions).

This is all part of Goode’s goal in this book, as I see it: to make us realise that, however much we may learn about wine, wine appreciation can never be “scientific”, because “we are not simple measuring devices”, and we bring to wine-tasting a load of individual (physical and psychological) and socio-cultural matter that deeply informs the process.

I’m intrigued by the understanding that the brain, below the level of consciousness, pulls together all sorts of bits of information and presents the wine-lover with a single, integrated whole. Because, as Profesor Barry Smith is quoted as saying, serious wine-lovers “are trying to undo the brain’s work”. The brain has “beautifully” unified all this information – and what tasters do “is pull those bits apart again and make themselves notice them”.

This is, as the prof suggests, “odd”. Even crazy, from one persuasive point of view. Normal people – and I find myself increasingly drinking wine normally these days – are responding, with pleasure (or pain!) to the totalised whole. While wine nerds re-construct parts of the whole when it’s actually the whole that’s important.

This is certainly not to suggest that unthoughtful and, even more, “uneducated” drinking is the way to go. But it is clear that critics should at least be aware that they are doing something very different from what most of their readers are doing with a glass of wine.

It does seem to me (and Goode argues it persuasively) that experience – and the social processes of education and sharing – can help the deconstruction/reconstruction process to happen seamlessly and non-destructively, and for the totality to be experienced much more richly as a consequence, as opposed to the immediate responsiveness of the uneducated/inexperienced drinker. I have, however, seen many instances of critics latching on to one analysed, isolated element (whether good freshness or bad brett or greenness) and elaborating on that to give a false picture of the delightfulness or otherwise of the whole.  That doesn’t seem to me healthy or useful.

It’s vital for a critic, though not for a wine-lover, to learn to distinguish between wine quality and personal preferences and to try to be fair to both – while remembering that others might have different and valid responses; but that discriminative process is a continuing sort of negotiation that we have to learn.