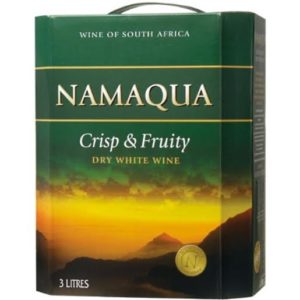 The former co-ops still crush about 75% of SA’s harvest.

Why does South Africa have so few wineries? And does it matter? To answer the second question briefly: I think it matters a lot: it is symptom and partial cause of some serious problems of quality, price and image for Cape wine.

To answer the first question I’d better show first that it is a valid one. Using 2014 statistics (2015 ones will soon be available from Sawis): South Africa has 559 wine cellars which crush grapes: 485 private cellars; 49 producer cellars (the former co-ops); 25 producing wholesales (from Distell downwards in size). There are 3 314 grape growers.

Compare this with Washington state in the USA (which I’m not suggesting is typical of the rest of the world, but it’s a notably successful and important wine producing area): despite producing only about 20% as much wine as South Africa, with 10% as many grape farmers, it has 890-plus wineries. This huge number difference is not anomalous: Australia (admittedly a larger producer than South Africa, but still) had 2 573 wineries in 2014; New Zealand (much smaller) had 692 in 2013.

So it’s fair to say that the number of wineries in this country is remarkably low – and it hasn’t grown since about 2005 (when it was twice the number it had been before the significant year 1994). The immediate reason is both the hugeness of Distell, which is believed to bottle a third of local wine, and, particularly, the number of former co-ops.

There are very few, if any, genuine co-ops left any more – most of them transformed into producer-owned companies in the years following the final abandonment of the minimum price in 1995 by that mega co-op of the time, the KWV.

The number of these “producer cellars” is also declining. There are now 49 of them, compared with about 70 at their peak. The co-ops here developed, as in other (mostly poor) areas of the world, out of the need for collective investment. Here, the need for investment in an undercapitalised industry grew in response to the KWV’s policies when it ruled the industry: firstly, the KWV, while generally privileging quantity over quality, paid more for so-called “good” wine, needing better equipment, as opposed to the undeniable dreck that was only fit for distilling. Then the great white wine revolution happened here, with the advent of cold fermentation – and, again, the need for expensive equipment drove wine-producers into the co-ops. World War II had seen the number of co-ops grow from 6 to 19; ten years after the war there were 46; by 1975 there were 69.

If the number of producer cellars is presently declining, their role remains enormous. I can’t find more recent figures right now (Sawis seems to not be giving relevant details recently), but in 2011 they were still crushing 75% of the harvest. Meanwhile, wine economist Mike Veseth estimates that about “a quarter of the global glass is filled by wine made by cooperatives”. Even though the South African ones aren’t actually co-ops, this is a horribly meaningful comparison: one quarter versus three-quarters.

Add in the fact that another 8% or so of the annual crush is done by the “producing wholesalers”, and by some huge companies, and realise just how little of the Cape’s wines are made by the wineries that (on the whole) are getting international acclaim from the likes of Tim Atkin, Neal Martin and Jancis Robinson.

The big merchants are making some fine wines (including Distell and KWV), and I’m also not suggesting that all producer cellars make only poor wine. Certainly not; and the overall standard of their production has increased greatly since their transformation into companies which are no longer obliged to buy whatever grapes a farmer throws at them. Some are making good and interesting wines for themselves, and for occasional private producers too, quite apart from the middling and, frankly, poor wines that also emerge under various names – generally not theirs.

There are some significant problems, however, and I’ll turn to a few of those in my blog next week. Just consider that about 85% of Cape grapes are crushed by the former co-ops and the big wholesalers and companies, and ponder what that signifies.