Tim James: Wine and its different levels of involvement 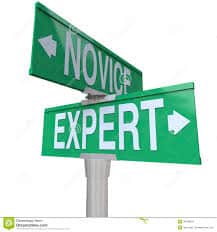 A reality check for aficionados of any more or less arcane things can’t be bad – a reminder for those who bandy about jargon that seems transparent enough to them but to the outsider looking in (even keen on doing more than look) is something of a mystery. We easily forget that once we didn’t know the stuff we deploy so nonchalantly – and sometimes even forget how we learnt it.

At this time of year, when I’m awash with opened bottles of sample wine, most emptied by half a glassful or less, I take armloads of them to the place where I have a morning job that pays the bills that wine writing doesn’t (that is, most of them). I invite wine-drinking colleagues – keen regulars and occasional imbibers, but no one likely to consult this website, for example – to help themselves to a bottle.

They dither over what’s available, and I’m never sure of the basis of selection. I tell them little of my opinions of the wines, but will, if I can do so easily, vaguely indicate styles: these are easy-going and soft; those rather tighter and more serious, etc. I seldom try to put anyone off a wine (in fact, I don’t bring in those few that I really dislike or despise).

Feedback can be disconcerting, when a wine that I’ve not much cared for, in either critical or enjoyment terms (not always the same) gets a rave review. It does at least help me guide that person to wines of a similar style in future. And remind me of the smallness of the audience for whom my high-falutin’ criticism might be relevant.

Unsurprisingly, at this time of year, there’s a marked preference for red wines. Even if I say that the whites on a particular day are generally better, they tend to go last. Though rosé goes last of all – and I thought rosé was supposed to be such a popular style now? Sometimes, I know, this pink reluctance is because the men think of rosé as girls’ stuff; sometimes, less sexistly, because many suspect it will be sweetish (usually not true of those I bring).

Not, I’ve discovered, that many share my distaste for very ripe reds with ultrasoft soft tannins and a bit of sugar. “Commercial” styling is commercial precisely because it is what ordinary winelovers like. Freshness? I tell people that the wines have been open a day or two already – don’t let them hang around too long; but I know they often do. Lord knows what they’re like after a week or so, some of them.

I have been asked if rosé is a particular grape variety. Ignorance abounds; there’s little awareness of grape varieties – and sometimes uncertainty as to whether a word on the label is a variety or a name (this happened with Uitkyk’s Carlonet). A few ask questions and want to find out more; one of the more regular and sophisticated wine-lovers will go for unusual varieties (ah! I’ve never had a grenache, he said happily). One man clearly just loves red wine – any red wine: he’s one of those who think that not only pink but white wine is for women.

Of course, when it comes to choosing their bottle, my customers don’t have to think about price. That hurdle ignored, they can proceed straight to choosing on the basis of what label design they like or whether its colour matches a girlfriend’s eyes or the curtains.

So, there’s a gulf. Only the keenest will ever cross it, and learn what syrah (or even shiraz) is and tannins are, that white wines are (generally!) made differently from reds, that wine gives some of its greatest pleasures in its aromas…. There’s pleasure for all, of course – much more for the better informed, of course! – but we, especially those who claim to be communicators, should always remember that gulf’s existence.