English is a pretty bastard language – only about a third of its current word-hoard is derived from the original Anglo-Saxon, and much of that is either very changed or obsolete. The rest is Norse, Norman French, Latin, etc with minor contributions of everything from Arabic (including “alcohol”!) to Zulu. This is a marvellous strength, of course, giving the English vocabulary its arguably unequalled size and richness.

It has also rendered English-speakers (compared with users of “purer” languages like French and German) very casual about continuing to absorb foreign words into their language and about adapting them to English rules of pronunciation. 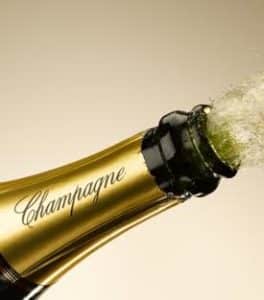 How do you pronounce it?

I’m reminded of this often in wine talk. When German-born wine-impresario Jörg Pfützner uses the word “Champagne” (which, as a hedonist, he does quite often), he pronounces it in a way which would seem unbearably pretentious if I did it, but is natural to him. That is, he pronounces it in French – with a respect that Germans, unlike English-speakers, usually show with words they’ve borrowed from other languages. The only concession the latter give to the French pronunciation is to make the “ch” softer than it is in words like chat. Essentially, for Jörg it’s a French word, for me it’s English.

(Which reminds me in passing about George Dubya Bush’s splendid remark that the trouble with the French is that they don’t have a word for entrepreneur….)

Somewhat contradicting my point, but for a good reason, I’m also reminded of this matter when wine-people from England come to South Africa and talk, as they must, about chenin blanc. As with me, the word “blanc” is more or less Frenchly pronounced – though I would come closer to making the last letter a “k” and they are closer to letting it slide away unvoiced. But neither of us are tempted, it seems, to say it the same as the English word “blank” (it’s probable that the word “plonk” comes from an anglicisation of “blanc”, by the way). If I retain a modicum of Frenchness in the second half of the variety’s name, I’ve anglicised the first half: chenin. Soft “ch”, yes, but the end of the word I pronounce as “inn”, and the stress falls on the “chen” part. While the Brits correctly stress the second syllable – and pronounce it to rhyme with the French word “vin”. They follow the same pattern with cinsaut (san-SO) while I anglicise it (SIN-so)

That is, Brits still pronounce these names as though they’re French, while we here have much more absorbed them into our own language, precisely because the words are much more a part of our lives than it is of theirs.

What about “merlot”? I, like most of the users of this website (English or Afrikaans), I’m sure, would pronounce it to rhyme with “furlough”. We would be condescending about the unsophisticated ignorance of anyone who pronounced the last syllable of merlot to rhyme with “hot”. And yet we others are half-way there. A French person might well not understand what we meant when we spoke in our usual way of merlot – their sound would be much closer to “mare-LO”, with some vibrating burr on the “r”, and the stress on the second syllable.

So what‘s my point? (and I could go on and on, while pointing out that we’re much more prone to respect the original pronunciation of German words than French ones, because of more shared “rules”). In fact, if I had started off thinking I was going in a particular direction, I’ve quite forgotten. I just find it all a rather fascinating diversion from all the silliness of writing wine notes. Which are, of course, written in an entirely different, and not always very useful, language.