Tim James: What to make of imported wine prices in SA? 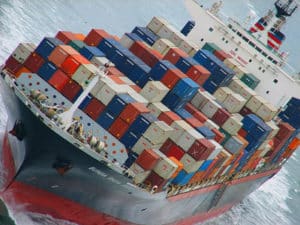 How much of the world’s top wines reach SA?

Many South African wines are notably – sometimes substantially – less expensive at home than they are abroad and some at the top end offer more than good value for their quality. When you wince at what top local chardonnays and pinots can cost, for example, have a look at the prices of even middling burgundies (frequently rated more lowly by international critics who look at both, like Tim Atkin for example) and count your blessings – unless it’s all abstract and you can’t afford either, of course.

This is just as well when you look at what imported wines cost. I’ve been doing that carefully this last week, and it’s pretty dispiriting, even if I’m obliged to realise that local seekers after classic or new tastes from the world’s winelands are not actually being ripped off – not, that is, by the importers.

The high price of imports, especially in the last decade of a severely diminished rand, is hardly a new observation. What prompted me now was receiving almost simultaneous special offers from two importers: one for a well-known Italian wine, Tignanello 2013, at R1495, the other for the “second label”, La Chapelle 2014, of the grand Bordeaux producer La Mission Haut-Brion, at R950. It’s easy these days to monitor prices on, for example, wine-searcher.com, where I found each widely available (mostly in Europe and the USA) for much less. Very much less; nowhere on the lists I saw were they as expensive as here. And this pattern is typical.

It’s tempting to wonder if we’re not the victims of a racket.

When I approached them, both these importers responded seriously to my questions, as did a third I approached (I myself frequently buy foreign wines directly from all three, incidentally). I now feel like a reluctant apologist for them, as I’m obliged and willing to accept their explanations, as well as their repeated assertions that their businesses are far from easy, far from rampantly profitable.
There are more-or-less obvious matters: a volatile exchange rate (I was fortuitously looking at a time when the rand was maybe 15-20% stronger against the hard currencies than it had been when the importers paid for the wine); actual import costs (including shipping, red tape, and supplying the authorities with samples for analyses “which can be a very high percentage cost on a small volume”, it was pointed out); storage costs for slow-moving stock. Other details and considerations were given to me, some confidentially. Above all, I gathered, especially for Bordeaux, there are problems associated with being a small-volume, uncompetitive market compared with those of Europe, the USA and the Far East. Importers are paying more for the wines and also obliged for complex reasons, including the need to stock wines, to charge higher margins than are those retailers whose prices I see in wine-searcher.com).

I admit to not having a head for business, and much remains bewildering to me. Take that frequently delightful Bordeaux, Château Léoville-Barton. From Wine Cellar you can buy 2009 for R1950, 2014 for R1400. From Reciprocal you can get 2010 for R3295 (on Wine Searcher also the highest average price of the four vintages I’m looking at) and 2012 for R2295 (the lowest average price). The questions are obvious (and the need for research into vintage variation), but I bet the answers are not.

And no-one, apparently, is making a lot of money out of it all. Not locally, anyway. To different degrees, the importers I spoke to asserted that theirs was not a lucrative business – even scarcely profitable, at one extreme. I’m not in a position to challenge that. Roland Peens of Wine Cellar in Cape Town said that “unprofitable is the wrong word, but it is certainly very challenging”, and, like the others, was persuasive of the problems. He feels that, “considering all the factors at play, South Africans still have access to fine imported wine at reasonable prices”.

Roland adds, rhetorically, “Have you had a look at the prices in Brazil?” I haven’t, of course, but presumably Brazilian wine-buyers are worse off than us. Comforting, perhaps, in a weird way. Inequality in Brazil is nearly as bad as it is in South Africa (measured by the Gini coefficient). Both countries have enclaves of rich people who can afford to buy foreign wines and both countries are screwed by international trade, exchange rates, low bargaining power for fancy wines, etc. So those poor rich Brazilians, like us, have to pay more. We, though, have the immense advantage of having great South African wines to turn to for more affordable consolation.

Tim James is one of South Africa’s leading wine commentators, contributing to various local and international wine publications. He is a taster (and associate editor) for Platter’s. His book Wines of South Africa – Tradition and Revolution appeared in 2013.