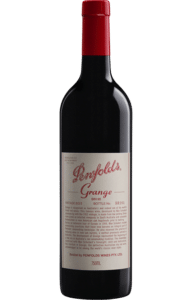 Where is South Africa’s Penfolds Grange? Penfolds itself was founded in 1844 and Max Schubert became the Australian company’s first chief winemaker in 1948 at the age of 33. After an information-gathering trip to Europe in 1950, he set out to make a particularly age-worthy wine from Shiraz. He was asked to show his efforts to senior management in 1957 but the wines made up until then were disliked and he was ordered to shut down the project. Undeterred, he continued to craft what was to become Grange in secret and by 1960, he got approval to begin again, 1952 being the first vintage to be released commercially.

Today it is one of the world’s most celebrated wines, the 2008 having rated 100 points in both Wine Spectator and Robert Parker’s Wine Advocate and the current-release 2013 selling for an average price of R8 052 a bottle according to Wine-searcher.com. To say that Grange is steeped in history is to put it mildly

South Africa is not short of its own winemaking history but we haven’t got near a Grange, which is to say a deluxe wine from a New World country which is desired around the world, made in meaningful volumes and comes with the marketing support of a major wine company (Penfolds today owned by Treasury Wine Estates, formerly the wine division of international brewing company Foster’s Group).

Chateau Libertas (maiden vintage 1940) and Roodeberg from KWV (maiden vintage 1949) must have been contenders at one point but no longer – current-release Chateau Lib sells for R49 a bottle from Makro and Roodeberg for R75. Alto Rouge (dating from the early 1920s) does not fare much better, currently available for R89 a bottle from the previously mentioned warehouse chain and online shopping hub.

On the Penfolds website is a quotation attributed to Schubert which reads “All winemakers should possess a good fertile imagination if they are to be successful in their craft” and while there are plenty of independent operators making startlingly inspired and original wines on a small scale, SA’s bigger wine companies still seem largely incapable of producing something to capture truly the world’s imagination.

Distell, DGB and KWV might all be relatively successful in commercial terms but you don’t yet have a sense that a Max Schubert lurks among their ranks. Razvan Macici, previously of Distell-owned Nederburg, arguably came close but he’s now making Sauvignon Blanc up the West Coast for Ormonde. Niël Groenewald left DGB’s Bellingham to take over from Macici at the end of last year and it’s going to take time for him to find his feet. Wim Truter left Distell’s Fleur du Cap to join KWV as chief winemaker at the end of 2016 but so far nothing game changing from this operation. DGB’s Bellingham The Bernard Series and Boschendal, meanwhile, are solid rather than anything else.

Perhaps our best chance of a Grange equivalent going forwards depends on those operations one tier down from the really big boys such as Boekenhoutskloof and Kanonkop. If you consider what both these two operations have that sets them apart, then it is winemaking personnel seemingly unconstrained by any corporate trappings – can the Boekenhoutskloof-owned Porseleinberg as made by Callie Louw or Kanonkop Black Label as made by Abrie Beeslaar conquer the world? There’s a long way to go but these two labels are probably the front runners when it comes to emulating Grange.