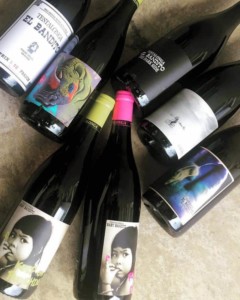 Whereas I’ve been drinking so-called natural wine since it first appeared on the South African wine scene maybe 10 or 15 years ago, I only opened my Netflix account in January this year, which probably makes me a wine hipster but not a TV hipster.

The dictionary definition of a hipster is “a person who follows the latest trends and fashions, especially those regarded as being outside the cultural mainstream” and given that a hipster is supposed to be fascinated by “style, authenticity and uniqueness”, it doesn’t seem the worst subculture you could be part of.

And yet the term has taken on a more or less pejorative connotation with hipsters seen as either pretentious or sanctimonious or both. Moreover, it could be argued that hipster culture has created a lifestyle that produces the exact opposite of what it promises: global uniformity instead of local authenticity. The guy in the flannel shirt with the full beard drinking a flat white with his breakfast of smashed avo on toast while listening to The Black Keys on his Skullcandy headphones with his fixed-gear biked chained outside would be a caricature if such individuals weren’t so ubiquitous from New York’s Brooklyn to the 3rd Arrondissement in Paris, Shoreditch in London, Berlin’s Kreuzberg and Prenzlauer Berg and, yes, even Cape Town’s City Bowl.

Back to natural wine and the advent of streaming TV. The term “hipster” is seen by many as equating to a particular type of non-conformist but I would contend that they actually are no more than the well-established class of consumer known as an “early adopter”. When it comes to trend pieces in lifestyle magazines, “hipster” becomes code for “whatever it is the kids these days are up to” and consequently natural wine and binge-watching an alternative TV series are, in their own way, hipster.

Focusing on natural wine in particular, it is telling how much of a negative reaction it evokes from the wine industry establishment with the wines very often being accused of being unpleasurable, supposedly marked by funkiness, astringency and bracing acidity. The question that has to be asked, however, is when did natural wine become a thing? Is the movement 20 years old dating from when some alternative winemakers started eschewing technology in an effort to be more transparent or is it really just the revival of methods of vinification that have been with us for thousands of years? To some extent, the mainstream is inevitably going to try to sideline natural wine as it disrupts conventional ways of doing business…

That said, what those of us in the wine business should always remember is that the market is not monolithic. There are several different positionings for wine that might work equally well – wine as product of terroir versus wine as luxury good versus wine as issue driven product, for instance. If hipster wine, broadly defined, arises out of a desire among today’s youth to produce and consume in an alternative way compared to the excesses that marked pre-Coronavirus capitalism, then let’s hope it’s around for a while yet.  It doesn’t have to be natural wine; it simply has to be wine that is made by creative winemakers dedicated to their work, wine that is made according to environmentally and socially sustainable principles and wine that comes with a meaningful backstory.