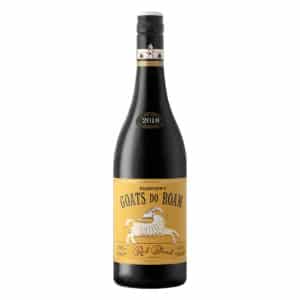 Does our new programme of Best Value Tastings (see here) aimed at identifying the best wines selling for between R60 and R100 a bottle reinforce expectations that South Africa is predominantly a source of cheap ‘n cheerful wine (or, even worse, cheap ‘n nasty wine)?

The industry has some major problems, most of which stem from history and official interference rather than terroir or fundamental growing conditions – the KWV for a long time didn’t exactly facilitate the most business-like mindset among growers and then the institutional vacuum brought about by its repurposing has created massive structural instability. As a result, far too much of production is focused on bulk.

Moreover, leaf-roll virus remains endemic and a major constraint on quality while producers are inclined to factor a weak rand into their pricing and returns – this keeps profits up in the short term but through currency devaluation not quality gains combined with the resultant shift in price that this would bring about.

Growers face a situation of more money going out than coming in and the mantra becomes that wine prices must rise. Blissfully wishing away the bottom end of the market is not realistic, however. Rational consumer behavior is to acquire the best quality for the least amount of expenditure and South African producers should embrace this.

For the South Africa wine industry to survive it must undertake a two-fold process: 1). reduce in volume the lower 60% of its business (this already underway given the decline in the national vineyard over the last decade) and 2). ameliorate what it does produce – presuming that markets are more or less efficient, the reason producers don’t get more money is because buyers don’t value it sufficiently. Producers need to move from bulk to large brands which sell initially in the affordable market segments and then as more margin is achieved, the necessary cash will become available to finance the establishment of new markets.

Next, I would contend that the vast majority of international consumers don’t view South African wine as cheap ‘n cheerful but rather have no conception of it all.

Some might argue that what therefore needs to be done is to this persuade sophisticated consumers that South Africa’s top wines are worth the kind of money many are willing to shell out for the best of France, Italy and Spain and that they way to do this is by raising the profile of site – Cabernet Sauvignon wedded not just to Stellenbosch, but to the Simonsberg, and not just to the Simonsberg but to Kanonkop, for instance, and of course this can do no harm – it will in a small and very gradual way will win over the elite.

In a similar vein, many will point to the stir that the New Wave headed up by Eben Sadie and co. has caused among international wine geeks and their achievements are not to be overlooked. However, relying a small band of independents to sway the opinion of the vast majority of international consumers is frankly ludicrous. These avant-garde producers, along with the better run estates and private cellars, are probably commercially secure, the issue of land tenure notwithstanding, but what we also desperately need is a strongly branded wine businesses operating at the entry level and middle tiers of the global market.

To the extent that the industry has succeeded in the modern era, this has been due to a combination of mid-sized brands and personality-driven initiatives (Bruce Jack of Flagstone and later Kumala as well as Charles Back of Fairview and Spice Route both come to mind) and these surely show the way. Brands bring margins and margins equate to marketing budgets and only then can the story of South Africa wine be properly told.