Why the notion of the “rock star winemaker” is worth celebrating 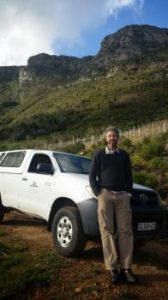 News just in that Duncan Savage is leaving Cape Point Vineyards to go it alone. As Tim James observes on Grape.co.za, Savage was the only winemaker represented twice in the recent Top 20 South African wineries poll, for Savage Wines (after a mere three vintages) and for Cape Point Vineyards. You feel that Savage Wines will be just fine going forwards but who will take over at Cape Point and what will become of the wines?

It raises the question of whether the winemaker or the site is more important when it comes to making high quality wine. Traditionally, it has been argued that it is place or “terroir” rather than human intervention that ultimately determines the wine.

Terroir only starts making sense when given the widest possible definition, which is to say beyond soil, aspect and climate, it is understood to incorporate local winemaking conventions and even the culture of the people working the land. Conventions and culture tends tend to be more fixed in the Old World but are more changeable in the New World and especially so in South Africa.

Conversely, it must be unsettling for an owner when a top winemaker breaks away. Will Cape Point Vineyards still be in the Top 20 when James next does his poll? Another case in point is Chamonix in Franschhoek. Gottfried Mocke, who was incumbent there from 2001 until last year, weaved a special kind of magic to achieve such an illustrious portfolio of wines from a somewhat uncelebrated area and I suspect his successor Thinus Neethling is going to have his work cut out for him maintaining the property’s reputation, no disrespect.

It’s not just individual properties but entire regions that have depended on personalities for their elevation. Would the Swartland be so highly regarded if it were not for the emergence of Eben Sadie, whose maiden vintage of Columella was only in 2000? If Sadie, Adi Badenhorst, Andrea and Chris Mullineux as well as Marc Kent and Callie Louw all went down on a plane together (not entirely inconceivable), what would become of the Swartland going forward?

The flip side of this is that a district like Stellenbosch is probably a bit short of a few rock stars. You might well ask yourself why the Cabernet Sauvignon from here is not more widely acclaimed by the visiting international critics but then who’s championing it?

The South African wine industry tends to position itself according to things like a beautiful and diverse natural environment, heritage and sustainability. These are well and good but a bit intangible. If we are going to win the hearts and minds of the world consumers then let us not ignore the impact that individuals, operating with conviction and charisma, can achieve.