Will the Old Vine Project succeed? 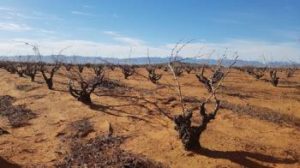 Will the Old Vine Project, the Johann Rupert-funded project to preserve vineyards 35 years and older, succeed? Bruwer Raats of Raats Family Wines caused a stir recently when he argued in an article in Wineland magazine that old vines should not necessarily be prized as many were planted during an era when mass production rather than quality was the focus (variety very often mismatched to site) and that wines being made from them now was “quality by default” rather than “quality by design”.

It should be remembered that Raats has long had an Old Vine Chenin Blanc in his range so cannot be entirely against the idea of keep old vines in the ground. A recent visit to the Swartland, a district with much old vineyard, was also insightful.

David Sadie of David & Nadia, declares himself “in full support” of the iniative. “We need the foundation of old vines but we need to plant for the future as well – we need to be sensible about it,” he says. He also points out that there is already quite a lot of politics about which producers are able to get access to old vines and he says part of the motivation for planting new vineyards is so as not to be beholden to particular growers. On a practical note, Sadie points out as individual vines inevitably die within an old block, interplanting is required and this should not compromise single-vineyard status. “A culture of stewardship is required.”

Adi Badenhorst of A.A. Badendorst Family Wines has a particularly philosophical take on the matter. “It’s impossible to separate the feeling I have for a particular vineyard from the end-wine. The whole concept of terroir is stories, legend of place. In South Africa, something keeps interrupting the story such as colonialism and then apartheid – we need to tell the story to completion…”

Schalk Opperman of Lammershoek reckons that “old vines” could become the new buzz word in export markets and says what he likes about the concept helps create a more premium impression for South African wine.

Craig Hawkins of Testalonga thinks the Old Vine Project is useful in “creating respect for vineyards” and “getting consumer to grasp the nuances of wine” but says it does not follow that young vines can’t make great wine. He and wife Carla recently bought a property in the north of Swartland and will soon be establishing vineyard including some of SA’s first Maccabeu and Vermentino.

Marc Kent of Boekenhoutskloof says the Old Vine Project should not be seen as the “be-all and end-all” of SA wine and in particular expresses concern about how it’s going to be sustainable. Even so, he says it does illustrate a past that’s meaningful and worth celebrating. “It’s about recognizing the pioneers of the industry who had to make do with little and still managed to make great wine.” He notes that greater respect for old vines is happening in parallel with a growing appreciation for South Africa’s old wines –the result of a more mature domestic wine culture.

Finally, Eben Sadie of Sadie Family Wines provides a more business-like take on the matter: “The cost of establishing vineyards has surged so why plant for 25 years when you can plant for 60 years? One thing’s for sure, older vines survive drought much better than young…”

The Old Vine Project recently held a workshop, manager Andre Morgenthal providing details of progress to date. Founded as a non-profit company in 2016, the Certified Heritage Vineyard seal was...