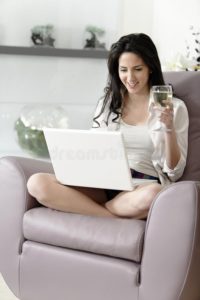 Another measure of SA wine’s coming of age is the vast number of personalities and ventures seeking to deliver commentary and criticism.

Inevitably, it’s only when the wines of a producing region or country command enough interest and hence money, that you have a 1) viable media and 2) a healthy competition circuit. Until the start of this decade, the stakes for consumers were comparatively small – if you’d stocked your cellar with Boekenhoutskloof, Kanonkop, Rustenberg and for the slightly more progressive, Sadie Family Wines, nobody would’ve been able to tell you’d go things terribly wrong.

But as improvements in overall quality levels have continued on a steep and seemingly endless upward curve, and as more and more producers seek to operate at the top of the quality pyramid, consumers want more commentary to navigate this over-traded market and reassurance when it comes to purchase decisions.

Only problem is there are a LOT of voices baying for attention – Tim Atkin MW launched his first South Africa special report in 2012 while winemag.co.za relaunched as a purely digital entity in October 2014 having existed as a print title from October 1993 to September 2011. Michael Fridjhon still brings his considerable experience and expertise to bear in a column for Business Day while he has also launched his own website WineWizard.co.za. Tim James, meanwhile, has mothballed his influential blog Grape.co.za and now writes bi-weekly for us. The long-running Wine.co.za remains a reliable news source, if not debate-shaping opinion, for many. And lest anybody think print is entirely dead, the ultra-glossy quarterly Stellenbosch Vision recently made an appearance while Platter’s bestrides the industry like a colossus even if does appear only once a year…

When it comes to competitions, you have the granddaddy of them in all in the shape of Veritas while the Michelangelo International Wine & Spirits Awards is also well supported and you do see an awful lot of those stickers on bottles. The banks and other financial services are heavily invested with Old Mutual sponsoring the Trophy Wine Show, Absa the Top 10 Pinotage competition, FNB the Top 10 Sauvignon Blanc and Standard Bank the Top 10 Chenin Blanc (Investec – where are you?). Producer body Shiraz SA convenes the Shiraz Challenge Top 12 while even Cabernet Franc now has its own challenge, which began in 2016.

As for us at winemag.co.za, we have our various category reports throughout the year, some sponsored and others not – we compile the Chardonay and Cabernet Sauvignon Reports on behalf of financial services group Prescient and the Pinot Noir Report on behalf of Tonnellerie Saint-Martin but the Alternative Varieties Report, Cape Bordeaux Red Blend Report, Merlot Report, Sauvignon Blanc-Semillon/Wooded Sauvignon Blanc Report, Signature Red Blend Report, Cape White Blend Report and soon-to-be-introduced Sweet Wine Report currently go without backing. All our reports feature the same panel tasting blind, this being myself plus Roland Peens and James Pietersen, both of retailer Wine Cellar, which we feel provides a consistency that many other competitions can’t offer.

Looking at the above, I have to conclude it must all be hugely confusing for the consumer but the one good thing coming out of this is that absolutely nothing is codified – quality and styles are under constant discussion – and this perhaps only facilitates the advances we continue to see in the modern era of SA wine.

Jancis Robinson’s latest update on Cape wines makes gratifying reading for South Africa’s wine producers and their followers. Published in late February in the Financial Times and also on her...