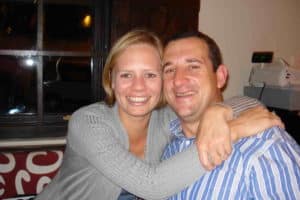 Last night a dinner to showcase some of the wines from Stellenbosch winery Neethlingshof at Sidedish restaurant in Bokaap, Cape Town.  I sat with the winemaker De Wet Viljoen and his wife Annelie, a grape buyer for producer wholesaler Distell, and the talk quickly turned to the state of the national industry. “Plenty of negatives and not a lot of positives,” was the bad news from Annelie. “In Stellenbosch, the average amount a grower must make to break even is R42 000 a hectare. The average yield is seven tons a hectare, which means a price per ton of R6 000. Not many growers are earning anywhere near that…”

We took to drowning our sorrows. The Merlot 2006 was shown before the Shiraz 2005, my expectation being that the latter would easily outclass the former, Merlot being a far more problematic category than Shiraz at the moment, while 2005 is generally considered a much better vintage than 2006. Surprisingly, the Merlot was the more accomplished wine with much better fruit definition and freshness. The explanation according to Viljoen? The Merlot was made from the second crop of a vineyard free of leaf-roll virus, while fruit for the Shiraz came from a much older, infected vineyard.

Wine of the evening was the Neethlingshof Short Story Collection The Caracal 2005. This is the property’s flagship Bordeaux blend, previously known as Laurentius and renamed to celebrate the return of the rooikat (caracal) to the property since the start of the programme to rehabilitate areas of indigenous habitat. The 2005 is a blend of 82% Cabernet Sauvignon, 11% Merlot, 5% Malbec and 2% Cabernet Franc. It’s classically styled with dark fruit and a slight savoury note, fresh acidity, firm but fine tannins and went very well with deep-fried Springbok terrine and sautéed wild mushrooms.

The new 1802 Collection from Stellenbosch property Neethlingshof re-ignites the debate about what constitutes “optimal ripeness”. These two high-end wines, one a Pinotage and the other a Cabernet Sauvignon, both...

After presenting his new-release The Owl Post Pinotage 2014 yesterday, Neethlingshof winemaker De Wet Viljoen showed a wine blind to a small group of media and asked us to guess...