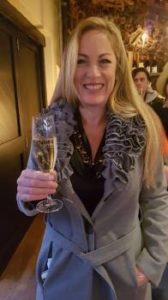 If South Africa’s premium white wines are generally of a higher standard than our reds as many commentators argue, then why isn’t this reflected when it comes to price? Bartinney in Stellenbosch have grasped the nettle with the release of two reserve wines, the Hourglass Chardonnay 2015 (which scored 91 points on the 100-point quality scale in last year’s Prescient Chardonnay Report) priced at R620 a bottle and the Skyfall Cabernet Sauvignon 2012 (not yet reviewed) at R320 a bottle.

Montegray Vineyards is a label created by Rose Jordaan of Bartinney Private Cellar in order to produce small batches wines from interesting vineyards, the project centred on a 25-year-old block...

On Friday, the launch of the maiden vintage 2009 Cabernet Sauvignon from Bartinney in the Banghoek ward of Stellenbosch. The wine spent 12 months in French oak, 30% new and...