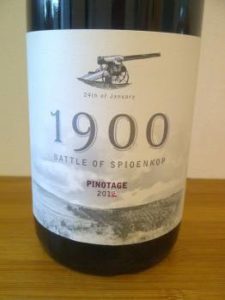 Below are my dozen most memorable wines of 2013.

Arendsig Inspirational Batch 1 2012
Made from a Rawsonville Chenin Blanc vineyard planted in 1972. Along with Opstal Carl Everson 2012, emphatic proof that excellence can be had from the “other side of the mountain”.

Beeslaar Pinotage 2012
Abrie Beeslaar starts his own label and comes up with a wine every bit as good as, if not better than, the one he makes at his place of formal employment, namely Kanonkop.

Celestina 2012
A pleasant surprise when this placed among the top three at the inaugural RisCura White Hot Wine Awards, even more so given that it sold for R95 a bottle meaning that even impecunious wine hacks could afford a case.

Crystallum Bona Fide Pinot Noir 2012
I’m generally sceptical of local Pinot Noir but this made me think it can be done. Peter-Allan, son of Bouchard Finlayson’s Peter, seems to be a natural.

Hamilton Russell Vineyards Chardonnay 2012
What constitutes an icon prompts constant debate. This wine has to be a reference point.

Palladius 2011
My highest scoring wine of the year at 96/100 and perhaps the best modern-era South African white I have yet tasted.

Paul Cluver Seven Flags Pinot Noir 2010
Nobody’s more surprised than me to find a second Pinot on this list but the R&D that Paul Cluver are putting in to making world-class wine from this variety is definitely paying off.

Rall White 2012
“Oxidative white blends haven’t been around for very long and can only get better,” says Donovan Rall, an acclaimed practitioner of the style. I think his 2012 is his best yet.

Spioenkop 1900 Pinotage 2012
Pure, subtle and elegant and as such, redefines the Pinotage debate.

Thelema Cabernet Sauvignon 2009
A great vintage from a great property – just enough of that trademark mint.

The Foundry Grenache Blanc 2012
Got excited when I discovered this on Sea Point restaurant La Mouette’s winelist in April. Went on to be rated 5 Stars in Platter’s 2014.

Grapes for Celestina come from a vineyard situated in Baardskeerdersbos near Elim owned by Caroline Kilian of Caroline’s Fine Wine Cellar and husband Ray. The 2017 vintage is a 50:50...