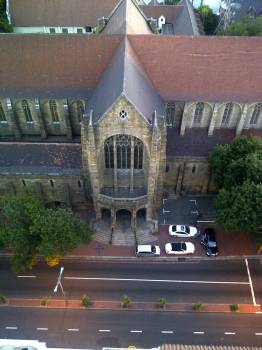 With Tariro Masayiti having left the Nederburg winemaking team to start at KWV as of yesterday, former boss and Nederburg cellarmaster Razvan Macici admits that the year is not ending on a high note for him.

However, last night’s party in the Presedential Suite of Cape Town’s Taj Hotel featuring some of Nederburg’s top wines suggests Macici shouldn’t be too gloomy – potential replacements for Macici should be clamouring for the chance to work with Macici if they get to make stuff like this.

Stand-out wine was the II Centuries Cabernet Sauvignon 2007, which manages that neat trick of being simultaneously New World and Old World, which is to say both sweet and savoury. It’s got all the makings of a legend: only 2 000 bottles produced and sitting at the pinnacle of production with a R400 a bottle price tag, it’s part of a project which was discontinued almost at inception – Macici only has the 2007 and 2008 in bottle, the 2009 blended away when the Nederburg suits decided that the range need to be consolidated.