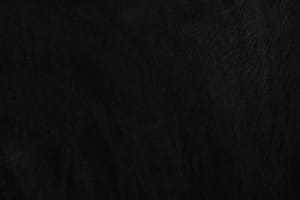 #BlackoutTuesday was a worldwide initiative on 2 June this year to go silent on social media in solidarity with the Black Lives Matter campaign. Many of South Africa’s significant food and wine industry players (and the foodie/wino patrons that they serve) participated by posting the image of the black square. Which is all well and good but it is at best a beginning not an end in itself.

It is relatively easy to recognize and pontificate on the institutionalised racism that is woven into almost all facets of American life. It is less easy to acknowledge and engage with the fact that many of the same forces exist in South Africa. As restaurateurs, wine farmers, distributors, diners and drinkers, it can be extremely uncomfortable to examine the ways in which our livelihoods and epicurean pleasures are achieved at the expense of others. And yet, if we truly believe that Black Lives Matter, it must be done.

South Africa’s food systems are riddled with intergenerational racial injustice from the farm to fork. Such stressors are often overlaid with class and gender discrimination. Those of us who like to eat out and drink well would often rather not be reminded of how much race has historically and, tragically post-democracy, continues to deeply influence access to resources and opportunity at every stage of the value chain within the food and wine sector. If we are what we eat it is important to reflect on the fact that the South African Health and Nutrition Survey for 2013 shows black South Africans were 22 times more likely to be food insecure than their white compatriots. Equal opportunities on farms and within restaurant and bar businesses is a long way off. Black guests are often subject to discrimination and stereotyping at many establishments all around the country.

South Africa’s economy was in an extremely weak position even before the COVID-19 crisis. As Winston Churchill said: “never waste a good crisis” and the current situation forces us to rethink our deeply flawed status quo. Now is the time to consider what sort of society we want going forward. The infectious disease pandemic has revealed our interconnected vulnerability. Such a sense is almost certainly fleeting. Now is the moment that reform accelerated by desperation might be possible. Blink and we might miss it.

To ignore the above or take offense is to the easy way out. Those trying to be the change they want to see are often unsure how to begin. American academic and activist Rachel Cargle offers a helpful recipe that can be used to hold oneself accountable to anti-racism: “Knowledge plus empathy plus action. If you take any one away, you’re performing.”

What follows are a few suggestions as to where South African food and wine lovers can start the process towards knowledge, empathy and action. Please share resources, thoughts and ideas as to how to build on this list so that we can move towards a fair, inclusive, and diverse South African epicurean experience for all.

Nompumelelo Mqwebu; Through the Eyes of an African Chef (Quick Fox. 2018)

Chris Ying; You and I Eat the Same: On the Countless Ways Food and Cooking Connect Us to One Another (Mad Dispatches, Volume 1. 2008)

Women On Farms; Empowering women and girls on the vineyards. (Documentary, 2016)

Commit to empathy and action.

SA People of Colour At The Table (SA POC): A group that fosters opportunities for skills exchange, networking and collaboration for people of colour in the South African food and beverage industry.

Tasting Stellenbosch Initiative (TSI): An alliance of chefs and Stellenbosch Wine Routes who provide access to hospitality industry training for under-privileged newcomers and upgrade the skills of existing employees; tastingstellenbosch@wineroute.co.za

The Women on Farms Project (WFP): This NGO works with women in commercial agriculture in the Western Cape Province.