Dax Villanueva: The Story of The Yellow Tin

If I mention the name Badenhorst, you probably think of Adi Badenhorst and AA Badenhorst Family Wines. Understandably so, as Badenhorst wines have developed quite a reputation and Adi himself is quite a character.

But not many people know that just as the Badenhorst family has established itself as a significant player in the South African wine industry, so too in the SA olive industry. 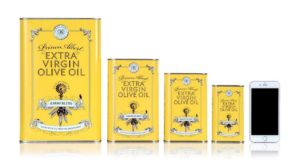 The yellow tin of Prince Albert Olives is recognised everywhere and very popular. This Karoo Blend is described as a well-balanced, medium-style extra virgin olive oil. And it is, as the tin says, a great olive oil from the Great Karoo. Aficionados will detect the subtle flavours of green fruit, grass and artichoke plus a hint of ripe olives.

The Karoo Blend olive oil from Prince Albert Olives consistently wins a gold medal in the annual SA Olive Awards is a blend of Frantoio, Coratina, Don Carlo and Favolosa varieties. The olives are grown, pressed and bottled on the estate. 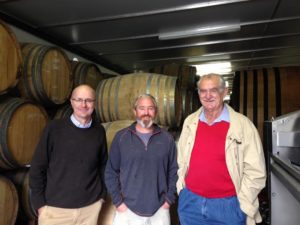 The man behind Prince Albert Olives is Hein Badenhorst. The cousin of Adi Badenhorst and the other half of Badenhorst Family Wines. Their grandfather was the farm manager of Groot Constantia for 46 years and their fathers were born there and farmed in Constantia. Hein’s father, Fred, retired to Prince Albert about 20 years ago and farmed on a small scale.

About 10 years ago, around the time that Badenhorst Family Wines was started, Hein and his father decided that there was potential for a commercial olive farming business in the Karoo. After doing some research overseas into farming methods and olive varieties, they planted 15 000 trees of selected varieties in Prince Albert. They now have 100 000 trees, and due to space restrictions have expanded to land they purchased near the Gamka River, some 20 kilometres from Prince Albert.

At first they had their olives pressed elsewhere, but in about 2009 they purchased their own press. It was a Pieralisi, capable of processing about 800 kilograms of olives an hour. However, the rapid expansion of the orchards meant they soon needed a bigger machine and in 2014 they invested in one of the latest machines by Pieralisi, capable of processing four tons an hour.

Prince Albert Olives is still growing, with plans to have 140 000 olive trees planted by 2016. Exports are increasing and there is still much potential in the local market as South Africans start to realise that we are producing some of the best extra virgin olive oil in the world right here. The famous yellow tin will be around for a long time to come and is now available in a giant 5L tin as well as a nifty and convenient 250ml tin.

Visit princealbertolives.co.za for more information and to find a stockist near you.

Tim James: On the Barbarossa that isn’t a Barbarossa

One of the Cape’s most extraordinary wine-growing areas, and one of the most obscure, is inland from St Helena Bay on the Atlantic coast, many hours’ drive north from Cape...