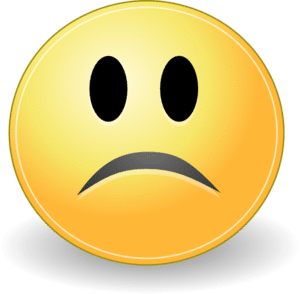 I’m not one for kvetching, but when you order a meal that makes you retch, there’s something to be said.

I’m talking to you, Melissa’s in Constantia, and the topic of my address is “the double bacon disaster”.

The first time, the bacon was so overcooked – each rasher a cringing twist of burnt shard – that I sent it back. When the side plate came back, with new bacon upon it, the meat strips were still unrecognizable as bacon. This time they were dark chocolate brown.

The second incident is the one that made me wretch. My Caesar salad came with a hump of microwave-warmed, stuck-together flaccid bacon bits. The hump sat atop my bowl of undressed iceberg lettuce seeming to say: “This is what you get for pretending to be a lady-who-lunches: A salad they’d be ashamed to serve at Wimpy and a bill that could have paid the school fees.”

On both occasions the waitress was surprised by my distaste. Neither woman seemed to have a grasp of how the bacon should look.

I regret ordering the “Eggs Florentine” at the Beachcomber Bistro on Fish Hoek Beach. Alarm bells started ringing when I read the abbreviation “Sc. Mornay” on the menu. I generously assumed “Sauce Mornay”, a passable substitute for the traditional Hollandaise Sauce.

What arrived was a pale pair of naked breasts on a plate, framed by a tired lettuce garnish and a blob of bleached coleslaw.

The boob impression was created by layering on a piece of white toast a large ladle of spinach in white sauce, two poached eggs and an additional quilt of the same white sauce on top. The second ladle of sauce “(“Mornay”?) had formed a firm skin while waiting to leave the kitchen.

The toast was drenched, the litres of floury sauce utterly tasteless. It was inedible. The plating was inexplicable.

On the same morning, my father-in-law waited over half an hour for a coffee. When it arrived it was not the black Americano he had ordered, but a cheerfully frothy cappuccino.

We had several conversations with our waitress, and then with the manager. Their attitudes throughout were unapologetically firm, like senior staff in a state-run retirement home. The food would have suited the canteen there.

If Beachcombers and Pirates avoid the salt cellar, Sartori in Kalk Bay approaches it with gay abandon.

My pizza with spinach, avo, chilli and feta was so salty I woke up twice in the night to rehydrate. On one of the times I found my bleary ten-year-old at the bathroom tap, trying to repair the damage done by her “Carnivore” pizza. The problem in both our cases was that the toppings were salty. Pizza dough is salty, so is pizza sauce and so is pizza cheese. My advice to pizza places is to risk being considered ungenerous and hang back on the salty toppings. No-one wants a whole tub of feta in one sitting.

It’s always a balance though, isn’t it? Tiger’s Milk, the new in-spot on Surfers’ Corner in Muizenberg, serves simple man food. Take the steak meal: There’s a brown, steak-shaped piece of meat, served with a smallish portion of chips. This plating style was, one assumes, intended as the culinary equivalent of a pair of blue jeans, a white T-shirt and no watch. I adore Steve McQueen, who appears on the menu, and damn fine he looks too in the classic summer rebel outfit. But as with Steve, as with steak and spuds. They better be very special ingredients to stand alone, unadorned. These ingredients weren’t particularly – plus Mr McQueen would never have paid that for a meal.

Finally, a criticism prompted by a brunch at The Larder Cafe in Diep River. Not all of us – my guess is very few of us – find the display of half-full condiment bottles with crusty tops comfortingly homely or charmingly retro. Please keep the HP Sauce, the Heinz Tomato and the cloudy Tabasco bottles out of sight.