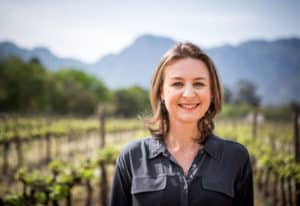 Distell, South Africa’s largest wine producer-wholesaler, has appointed Andrea Freeborough as head winemaker. In charge of Nederburg since 2015, she will be leaving her position at the Paarl winery at the end of May to take up her new role.

Distell’s range extends from premium brands such as Nederburg, Durbanville Hills, Fleur du Cap and Alto (which, amongst others, now form part of Distell’s new premium wine company, Libertas Vineyards & Estates), all the way through to more mainstream offerings such as 4thStreet, Two Oceans and Drostdy Hof. She succeeds Niel Groenewald who becomes MD of Nederburg.

Distell, SA's largest producer-wholesaler, has appointed Niël Groenewald as head winemaker, replacing Razvan Macici who departed suddenly in March this year. Groenewald (42) holds an MBA from UCT and a...