How does SA get wine prices up? 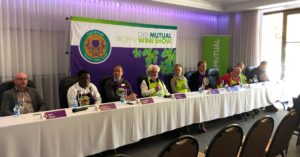 At the feedback session after this year’s Old Mutual Trophy Wine Show, the mood among the judges concerning the quality of wines entered was perhaps as positive as it has ever been. Jacques Roux, marketing director of DGB, however, introduced a sobering moment when he posed the question from the floor: “How do we get prices up?”

For all the massive strides made in quality improvement in the last two decades or so, the fact that South African wine prices remain depressed in a global sense must be put down to unrealized potential, at least in some part. All that dynamism that’s been shown in the vineyards and cellars this past while clearly isn’t being communicated to consumers in a way that gives the industry a competitive advantage.

Accolade’s Kumala and the other mainstream brands are implicated – they clearly haven’t taken consumers far enough in terms of differentiating SA from its competitors and motivating them to trade up.

But the corporates can only carry so much of the blame. The South African wine industry as a whole suffers not because it has a negative image in global markets but rather because it has no image at all. To succeed in the fine wine market, it can be argued that the three notions of regionality, personality and individuality are key. The first refers to a sense of place (see today’s article by Greg Sherwood MW’s on the importance of this here), the second refers to the winemaker or brand hero and the third to the style of wine. Any producer interested in developing a premium image needs at least two of the three to succeed. The New Wave (Swartland, Eben Sadie, Columella being the most obvious example) show the way and the rest of the industry not so much.

It must be said that is somewhat curious that the industry has made such few inroads into the premium sector. The Old World producing countries have an abundance of all three of the above criteria for success but the New World far less so – New Zealand’s offering, for instance, is heavily weighted towards Sauvignon Blanc and yet finds itself well ahead of South Africa.

The very complexity of the South African Winelands in terms of terroir surely makes communicating a coherent and single-minded marketing message more challenging (who can forget WOSA’s fraught slogan “Diversity is in our nature?”) while industry structure is not ideal when it comes to achieving critical mass: two or three major producers more focused on spirits than wine combined with a multitude of small and medium-sized producers that struggle to scale.

Luckily, the opportunity to launch premium propositions that resound with the consumer is still present. It is interesting to note that just like the Swartland took itself to the world via the Swartland Revolution, Stellenbosch now has the Cabernet Collective, Hemel en Aarde the Pinot Noir Festival, Elgin the Chardonnay Colloquium and Breedekloof, the Breedekloof Makers focusing on Chenin Blanc. If you take a positive view, then the last 20 years have been about building foundations and the rest should be easy. Keep putting better quality wine in the bottle at all price points and show real desire to sell wine and build brands and the industry will ultimately be just fine.