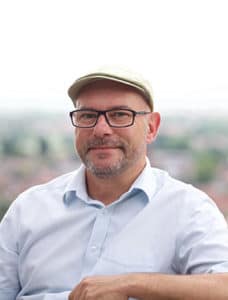 ‘The South African wine industry has already reached 80% of all possible targets,’ says Kirk Bauer, who was one of three international judges at this year’s Old Mutual Trophy Wine Show. ‘Future work will be in the details.’

Bauer is well placed to comment. In 2000 he helped to create Mundus Vini (today the biggest European wine competition, where he serves as president of the jury) and in 2005 he founded KIRKS Total Wine, a company which supplies oak barrels, concrete eggs, amphorae and other equipment, as well as providing ‘wine refining’ technical advice. A permanent member of the International Wine Challenge (IWC), the International Wine & Spirit Competition (IWSC) and the Concours Mondial de Bruxelles (CMB), he is also a member of the editorial team for WEINWIRTSCHAFT, a trade magazine within the Meininger’s Group.

Based in Deidesheim, Germany, Bauer visited South Africa not once but twice in May, firstly to judge at OMTWS, and secondly to offer his services as a supplier and wine refiner, seeing ‘high potential’ in the wine industry. ‘The high standard of knowledge and technology combined with your talented winemakers and multiple terroirs allows for the production of wines ranging from commercial to ultra-premium quality,’ he says.

However, he warns: ‘The fact that your wine industry is able to produce high volumes for cheap prices carries the risk of a devaluation for both the commercial and the premium wine sectors.’

Having spent eight weeks in Australia prior to tasting at OMTWS, Bauer found it very interesting to judge the Shiraz line-up. ‘Your winemakers manage to give a certain, very sharp profile of what Shiraz can be. You can divide Shiraz into two sections: on the one hand is the Syrah class, the Rhône Valley style with elegant spiciness, herbal characters, but that’s the minority. The majority is what the Australians define quite well – rich, dark, sometimes peppery and cassis-like. Both styles were represented in this show very clearly and that is something I will remember for a long time.’

As far as white wines were concerned, he was amazed by the ‘huge variation’ in South African Chenin Blanc. ‘You are able to produce very fruity, well-balanced wines, from easy drinking to enjoyable with food. Your wine industry also shows that Chenin Blanc has a huge potential to age.’

Which brings him back to his point about South Africa being 80% of the way there: ‘According to the 20/80 rule, it takes 20% of efforts to get to 80% of the targeted results, but it will take 80% of efforts to achieve the remaining 20% in results…’

Although there’s still a lot of work to be done, however, Bauer says the country’s highly qualified winemakers, who have experience in both New and Old World wine-producing countries, are making good progress in creating their own unique wine style.

‘Producers in specific regions are moving away from the New World style of fat and woody Chardonnays, for example, or very expressive but one-dimensional Sauvignon, towards wines with signature characters rather related to the Old World style. The same counts for reds, whether it’s a classic Bordeaux blend or a straight Syrah,’ he says.