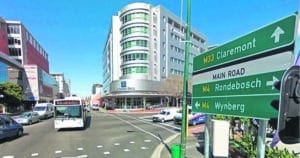 Where vineyards used to be…

‘At the Rondebosje, the vineyard is flourishing lustily,’ wrote the fourth commander of the Cape, Jacob Borghorst, in a despatch to the Lords XVII on 14 June 1669.

It might seem unbelievable that Rondebosch, in the heart of Cape Town’s southern suburbs, was once the centre of winegrowing in South Africa, but it’s a fact.

Jan van Riebeeck first planted land near ‘het Ronde Doorn Boschje’ experimentally in May 1656, and he reserved it for a new Company’s Orchard in 1657, when plots were granted to the first vrijburghers along the Liesbeeck River. To the south was the Company’s large granary (Groote Schuur) and to the north was Hollandsche Tuin, a communal property where the Cape’s first ‘famous’ winemaker initially farmed alongside Steven Botma and two other men.

Today Rustenburg Girls’ Junior School and much of the University of Cape Town stand on what was once the Company’s Orchard – later known as Rustenburg. The land with its ‘excellent pleasure-house’ for hosting ranking officials was developed during the 1660s, and by 1673, the Cape’s sixth commander, Isbrand Goske was able to report that wine production at Rustenburg had increased to five leaguers (11,260 litres), excluding what was still on the lees.

By 1684, when tenth commander Simon van der Stel had chosen to live at Rustenburg (situated conveniently on the main road that led from the Castle to False Bay and Hout Bay), he estimated that 100 leaguers of wine could be expected in a good year from the 100,000 vines planted there.

Van der Stel, famously, knew a thing or two about winegrowing, having owned two vineyards at Muiderberg in the Netherlands where he had personally made wine and brandy. Finding a great deal of the vrijburghers’ wine to be ‘disgustingly harsh’, he soon imposed penalties for unripe grapes and dirty barrels. Above all, though, he set out to teach the vrijburghers by example…

As we all know, he managed to have an inordinately large piece of land granted to him on 13 July 1685. Named Constantia, this would eventually become his ‘model farm’. However, Van der Stel’s focus to a very great extent, right up until his retirement from official Company affairs in 1699, was Rustenburg.

It was here that he conducted a number of experiments, such as planting ‘Persian’ vines from raisin pips in 1687. It was here that he also reported on various viticultural problems, from ‘a large kind of locust, whose like has never been seen here before’ in 1696 to vine disease in 1697: ‘The bunches hung without berries on the stocks, and the grape was very black, spotted, and poor.’

1698 saw the start of a six-year drought, leaving many wine farmers ‘much injured’ – and here it’s important to note that Rustenburg wasn’t an anomaly as far as winegrowing along the Liesbeeck River was concerned. The December 1692 Opgaafrol or tax census showed that Cornelis Botma, farming next door to Rustenburg at Zorgvliet, had 16,000 wines planted, while Jan Pietersz Louw had 20,000 wines on his farm, Louwvliet (today incorporating the Newlands Rugby Stadium), as did Albert Gildenhausen slightly to the north, while Jan Dirksz de Beer to the south had 25,000 vines, and the new owner of Bosheuvel, Guillaume Heems, had 40,000.

In fact, there were 303,000 vines being grown by 34 wine farmers in the Cape District according to the 1692 Opgaafrol, which showed that Stellenbosch had 233,200 vines (divided among 48 wine farmers) while Drakenstein – stretching between Wellington and Franschhoek – had 197,000 vines (between 60 wine farmers, most of them French Huguenots who’d arrived from 1688 onwards).

Certainly Liesbeeck winegrower Johan Daniel Wieser of Westerfoort had a lot to say about quality versus quantity decades later, in 1779, when a number of wine farmers petitioned against the tough conditions under which they then ‘groaned’ (lack of free trade, heavy taxation, the low prices paid for their wines by the Company cellarer…).

Westerfoort, later anglicised to Westerford, was a farm originally known as Wijn en Brood (‘on account of its fertility’) when Van der Stel’s friend and business partner Johannes Pfeiffer owned it in the early 1700s. It was here, not at Constantia, that Van der Stel died on 24 June 1712. Meanwhile, Wieser had grown up on the 1716 sub-division of Constantia known as Groot Constantia: his father Carl Georg Wieser had owned Groot Constantia from 1734 until his death in 1759, making the ‘delicious, scarce and expensive’ Constantia wine written about by German architect Johann Wolfgang Heydt in 1741. The illustrious property had then been transferred to Wieser Junior’s step-brother, Jacobus van der Spuy, and in 1779 it had come into the hands of Hendrik Cloete.

‘Our wine nearly equals that of Constantia,’ wrote Wieser in 1779. ‘Our vineyard has 100,000 vines, which gives us from 40 to 50 leaguers, while the Paarl-Franschhoek vineyards give 100 leaguers per 100,000 vines. They irrigate their vineyards, which give much must but bad wine. We mature our grapes till they are almost raisins and our wine is consequently of a good quality and not to be sold at the miserable price the cellarer offers.’

Of course some of the Franschhoek wines must have been ‘of a good quality’ too. The point is that, today, it’s not easy to imagine 100,000 vines growing on land that now includes Westerford High School and the South African College Schools (SACS), stretching up to the mountain and producing wine deemed not much inferior to the already world-famous Constantia.

And Westerford was just one of many large farms along the Liesbeeck – farms that, over the next two centuries, would give way to housing, churches, shops, offices, sports grounds, schools, a university, a railway line and an extensive road network: in short, the southern suburbs of Cape Town.