Hi. My name is Marthélize and I’m a wine snob.

I’m going to go out on a limb here and predict that if you’re reading this, you are one too. You might not let it show outwardly. You might not be the annoying, know-it-all incarnation of the wine snob. But if your interest in wine is such that you read about it more than just glancing at the back label, then you are more than likely a wine snob. You just hide it well.

This confession is a painful one for me. I like to think of myself as non-discriminatory when it comes wine. And, to be fair, my opinions on the industry and wine as a subject are not that snobbish. I would be the first to jump to the defence of boxed wine, arguing that in a country where our per capita wine consumption is much lower than that of other wine producing countries we should encourage that market because it’s easier to get people to switch from box to bottle than from beer to wine. Or something like that.

But my gut reaction… That’s a whole different bunch of grapes.

I’m the one who walks into a wedding reception and inwardly groans at the white-capped sweet sparkling wine on the table and the venue’s house wines accompanying them – those that can only be described as “white”, “red” and “wine”, though describing the contents as the latter is sometimes both a stretch and a kindness.

I’m the one that desperately searches for alternative tipple like gin and tonic, fruity alcopops or even beer (Beer! I ask you?!) at social gatherings where the only wine available has ‘sweet red’ written on it.

I’m the one that picks up pink, glittery attempts at marketing sweet and/or bubbly stuff to women, sneering so hard that my upper lip starts cramping.

I may not be the bore-you-to-tears-with-talk-of-terroir type – the tedious windbag who rambles endlessly about obscure wine terms or monotonous mutterings about Merlot. But I am a snob. And I fight it. I fight it every day. 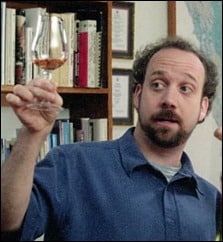 I fight it because nobody likes a wine snob. Nothing makes a person lose whatever small interest they might have in wine or learning more about it than being faced with a Bordeaux blowhard showing off their excessively irrelevant knowledge. Snobs don’t educate, they enervate. Anyone who has ever been cornered by a classic snob knows how they can suck the soul out of even the most spectacular Sauvignon.

It’s a fine line between being knowledgable about wine and being a snob. The two are not mutually inclusive. It’s entirely possible to be the former without turning into the latter (it’s also possible to be the latter without being the former but that’s a topic for a different day). Be cool. Know your audience – not everyone wants to know what malolactic fermentation is or why different grapes are planted in different soils. Sometimes people just like to drink wine. If someone does ask you a perfectly simple question, give them a perfectly simple answer. And please, keep your descriptors in check – not everyone knows what cassis is and nobody really wants to know what horse sweat smells like.

And most importantly, drink something cheap and cheerful every now and to keep that whiffing nose out of the air. This is South Africa. We’re oversupplied with perfectly palatable wines in the R50 range. Even the severest wine snob can find something they’d like in that bracket. Who knows? It might even come in a box.