Marthélize Tredoux: Is the wine industry getting the most out of social media? 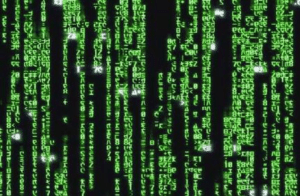 The internet as we know it (via the World Wide Web) has been with us for 28 years. The growth of the internet itself over a period as short as the last five years is staggering:

I’ll say it again. Staggering. And while in the early years of the internet it wasn’t quite as easy to create content to add to it (not everyone had the savvy to just create their own website, and interactive sites were limited to basic forum-type structures), since the advent of social media – from when Tom first friended us on MySpace – user created content has skyrocketed.

Never before has humanity been surfing such a massive sea of information. And never before has it been so difficult to discern between content with value and that without – the latter being just noise.

And this information overload – this abundance of noise – is far-reaching and affects us in pretty much everything we do. How we dress, how we eat, how we communicate, how we think about the world and each other – for every thought or question, there is a corner of the internet where you can find someone promising answers.

The problem with this is reliability. You don’t have to know what you’re talking about to put your ZAR0.02 out into the world. And if you’re just clever enough to make it sound like you know what you’re saying, you can convince the world that you’re an expert. (There’s a self-deprecating joke about my own abilities and writing in there somewhere, but you can go figure it out yourself).

From what I have seen – and what I still see every day – this is an area where the many sections of the wine industry is pretty susceptible (even gullible, perhaps?).

Social media is (by the Wikipedia definition): “…computer-mediated technologies that facilitate the creation and sharing of information, ideas, career interests and other forms of expression via virtual communities and networks.”

One could argue that the initial purpose was to connect people with each other. MySpace and Facebook both operated on the core principle of adding “Friends” and sharing your thoughts, photos, music, likes and dislikes with them via this specific platform.

More recently, these platforms have been saturated with commercial application. Businesses, brands and products are now everywhere. Some engaging with their customers and others just advertising at them. It’s a logical (if not sometimes annoying) progression.

But this appropriation of social networks (which anyone is able to use freely and relatively easily) has spawned a problem – and it’s one that I have lamented before: because anyone can use Twitterbookstagramchat, anyone can fancy themselves a social media expert/guru/ninja. So they do. And they get paid for it. Even if they don’t really know what they’re doing.

Looking at the bigger picture though, I am starting to wonder how all this artificially created noise is shaping our views on trends, tastes, brands and the state of the industry in general.

I suppose I’m asking a question here: how much weight do we (the wine industry as a whole) assign to different sources of information in a time of information overload? When a winery is looking at their reputation and the position of their brand in the market, will the opinion of a single learned wine critic outweigh the ramblings of dozens of bloggers?

Is quantity eventually going to outweigh quality? Even if a large amount of the quantity is advertorial – and therefore not necessarily a true or accurate reflection of consumer opinion?

I’m not sure. Maybe I’m just adding to the noise.