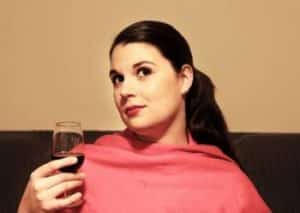 The season to be merry is upon us and as the tinsel comes out, so does the endless barrage of lists and posts looking back on the year. Some are delightful. Most are drivel. But I’ve never been one to avoid the mainstream so I thought I’d end off the year with my own little festive list. I’m not the Grinch who stole the Christmas wine or anything and it’s been an eventful, thought-provoking year so here’s my slightly ranty Christmas wish list for 2016 for the SA wine scene:

1) More shovels, less spades: I called for this a few weeks ago in a post about there not being enough frank, in-depth debate on public forums on wine-related matters (see here). We need more honest and open discussion on the issues holding back our industry. It’s already happening but often it is extremely superficial, or it’s a collective shoulder-clapping-self-congratulation on how awesome everyone is, or it devolves into name-calling and playground-level insults. Take the genuinely interesting and innovative discussions that happen around dinner tables and watering holes between small groups of interested parties, and step it up into a larger public forum.

2) Thicker skins all around: And I’m not talking about the grapes. This one is related to my first wish about being frank about the issues – nobody likes to be criticized but that doesn’t mean it can’t be constructive. Whether it’s talking about the virtues of blind tasting over sighted, organic versus traditional, pricing, targeting overseas markets or simply how well or woefully a tasting room is doing, the head-in-sand approach is a little too prevalent in how we deal with things (or rather, don’t deal with them). Partially because the criticism is often dealt out with a dollop of snark (we should really stop that) but also because there are some big egos at play and they don’t like it when the truth hurts. No farm, estate or brand gets it all right, all the time. You can’t learn from your mistakes if you aren’t willing to acknowledge that you are making any.

3) Some international perspective: SA has been raking in accolades, trophies and Parker Points all over the show – and we have been for years – so the quality potential and reputation of our wines aren’t exactly in doubt on the international stage. Despite this though, we’re still nary a blip on the radar of our big export targets, specifically the USA. I know there are some people in the industry who have a very good grasp of the reality of where we stand, but many seem to think because we have a handful of stellar and sought after wines doing well, it’s an overall representation of our position in the world. There is still a lot of work to do, both locally and abroad, to get our insanely bang-for-your-US-buck offerings in the spotlight where they should be.

4) Peace on earth and goodwill to all mankind: I’ve only been working in the industry for a year now – I’ve been circling around it for a little longer but it’s different when you’re in the game. I suspect my observations are sometimes a little naive but I prefer to think of them as fresh perspective. I know I have a lot to learn but what I know for sure is that there are some downright stinky attitudes floating around, damaging the brand of SA wine wherever they go. I hope to joyfully bounce through 2016, pointing them out along the way. Fact: SA makes excellent wine. Even our cheapies can generally outperform the eye-wateringly bad plonk from other winemaking countries. Fact: our potential is truly stellar; we just need to leverage it properly. Fact: I love wine, I love the people who work in wine and I love seeing how things get better every day.

That’s my moderately meta Christmas wishlist. Season’s greetings to all.