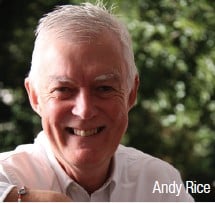 At the recent WineLand/Adams&Adams Seminar, the theme was “Leader of the Pack”. I’ve loosely covered the run-up to the day previously (see here) and while I’m going to take a pass on a detailed post-mortem, I do want focus on the one thing I took away from the day.

It came from Andy Rice, who was the keynote speaker. He’s an old school ad man, and a leading branding and advertising expert in South Africa. His presentation touched on the faded glory days of South African advertising, citing examples of massively successful South African campaigns: “Nothing Tastes like Fresca”, the BMW mouse power steering ad and arguably one of the most controversial ads in terms of comparative advertising “Beat the Bends”.

If you haven’t seen those commercials, do yourself a favour and click through. They are brilliant. Strong concepts. Sharp execution. A clear message, clearly conveyed. Advertising isn’t my wheelhouse but it’s simply marvelous to see.

On the face of it, his talk seemed to center around advertising (and I could see from some of the faces in the room that while they found it very interesting, they weren’t quite sure how it related to the wine industry). But he drove home a key point that nearly knocked me off my chair.

He stated that the two main pillars of the advertising industry have been lost: creativity and courage. The attitude today is that nobody can afford to invest in big ideas – that big ideas cost big bucks. And yet, he reminds us, there is no linear relationship between the power of a big idea and the cost of one.

Are you listening? Read that last sentence again.
And again.
One more time.

Now go back to the two pillars. Creativity. And courage. Is anything resonating yet?

And I’m not talking about wine advertising here (though that is something to be lambasted thoroughly another time).

As an industry, I know we have all the creativity in the world when it comes to our wines. Just look at what we are capable of. Just look at the lunatics out there, plunging themselves body, mind and soul into the creation of the superb, the unusual and even the downright ridiculous. Look at the praise our industry receives from the international wine elite. Just put some of our wine in your glass and drink it and experience that it’s actually bloody magnificent.

So you could argue we have one pillar. It’s there. It’s solid. But our entire structure is lopsided. Unsupported. Wobbly. Because we lack that second pillar.

We should be fearless. We aren’t.

We keep asking ourselves why we’re lagging behind our international competitors. Because we’re missing a trick. We aren’t confident – the often self-deprecating nature of South African wine is rather astounding.

We need to be bold. Cocky. Self-assured. We should be pushing forward, undaunted, to claim what we believe is our rightful spot as leader of the pack.

But we don’t. We’re too in love with lamenting the state of things. Some days I think we’re afraid to be the dog that catches the bus – that we would be baffled by the subsequent “Now what?”.

I am, admittedly, making broad sweeping statements. When you finely slice up the state of things and put the slides under the microscope, of course you’ll find plenty of courage in our industry. But that’s not the courage I am talking about.

We. Are. Still. Too. Fragmented. In. Our. Approach. Brand SA in terms of wine is a noisy mix of uncertainty. While some are making headway, others are treading water – or downright sinking – trying to make it in the international markets. As frustrating as that situation is, it inadvertently creates a constant state of turmoil behind which we hide. “Oh, it’s so difficult. Oh, we’ve tried everything. Oh, we should just be grateful for what we’ve achieved so far.”

I want to see courage. I demand to see the fearless attitude of the few, adopted by the many. It is the only way to slay the demons that plague us and hold us back – be it transformation, or grape prices, or image or reach.

A last thought from Andy. He also shared the Apple “Think Different” campaign, which centered around “The people who are crazy enough to think they can change the world are the ones who do. Here’s to the crazy ones”.

Our collective ambition means we need to be crazy enough to change the world.