Marthélize Tredoux: Scientific literacy and the difference between fact and opinion 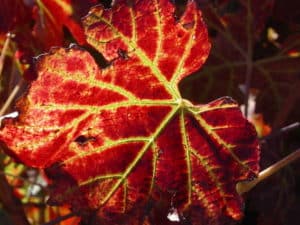 Recently, I was part of a discussion where a viticulturist was explaining how to handle leaf roll virus infection in the vineyard – monitoring plants, testing suspected infected vines and ruthlessly ripping them out if they proved infected. A question was posed by someone in attendance, mentioning another winery that believes their leafroll-infected blocks produce wines with certain “positive” characteristics – specifically in red wine. The winemaker looked unconvinced but acquiesced that it might be possible, just not in his experience (or vineyard).

I was left puzzled by the question, wondering if this was at all possible (a quick Google search failed to provide me with any such confirmation) or if this was merely the winemaker making the best of a heavily infected vineyard. Admittedly, this is conjecture based on hearsay so I won’t read too much into it, but it had me wondering about the science of all things wine and how broad the understanding of science really is in our industry.

Let me be clear: as much as winemaking is considered both an art and a science, viticulture and oenology are both very much science before they have a chance of becoming anything resembling art. I am sometimes left with the impression that wineries and wine journalists get wrapped up in the art and magic part, leaving the science far behind – much to our collective detriment.

Of course I don’t expect every person in every role to understand every bit of science behind grape growing, wine making, ageing, sensory evaluation etc. I definitely don’t – I’m not a viticulturist. Or a winemaker. Or a critic. What I do expect is that anyone participating on the public platform discussing wine issues must be able to recognize facts and separate them from opinion – a real challenge in today’s world where the two are perpetually conflated.

Admittedly, it has become tricky to discern between facts, and opinions expertly masquerading as facts. We live in an age of information overload, with the internet literally at our fingertips. That does not mean everything you read on the internet is true.

This “misinformation overload” makes it so much more important to critically question and examine all aspects of industry that we discussed and report on. Can we find a balance between organic and conventional farming? How will climate change affect us in the future? Are GMOs really bad (spoiler: they’re not)? Which pest or disease could potentially threaten our vineyards in the future? Should leafroll virus be our main concern or should we worry about things like red blotch disease, black rot or bacterial blight? Does South Africa have an industry biosecurity plan – and what does it look like? Are we asking these questions? Can we have fruitful discussions about them? Or do we prefer them buried in the technical pages of WineLand.

Scientific literacy doesn’t mean you need a science degree. You don’t require high lever training. It is more about attempting to understand scientific concepts. It includes examining and questioning findings and arguments, discerning reasonably between fact and opinion and evaluating arguments based on evidence over emotions. As our industry continues to open up the conversation about the way forward, it becomes imperative that we become more critical about all the issues on the table.