Plunged into doing a bit of research on how digital marketing is being used in wine, I keep coming across a word that is slowly but thoroughly driving me nutty: “Influencer”. Not a new term, but the more I delve into it, the more I believe that it is a concept either hopelessly misunderstood or simply utterly mismanaged by the local marketing scene.

For the uninitiated, influencer marketing is defined as “a form of marketing in which focus is placed on influential people rather than the target market as a whole”. 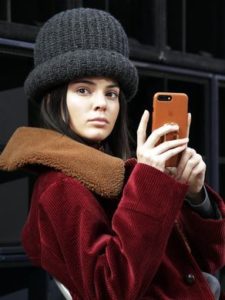 Solid in theory: Instead of targeting the sum of individuals in your chosen market, you aim to entice the person/people that they follow. One could see it as a type of off-shoot of celebrity endorsements (think George Clooney – “Nespresso. What else?”), and while a lot of these influencer campaigns still employ celebrity power (like Kylie Jenner punting lipstick, Pepsi or jeans), the channels they operate in are more social media and less mainstream (TV/print).

It can easily extend beyond Hollywood celebrity culture though, and can be used in a community where you can identify the go-to voices for a certain topic. When done correctly, it is potentially very effective.

In local attempts, however, the problem seems to be with the definition of “influential” (i.e. “…the power or ability to have an effect on someone’s beliefs or actions”). You see, being influential traditionally meant speaking (or writing) from a recognized position of power or authority. This new incarnation of the term is often (though not always) tied more to your social media status than to your actual knowledge on a topic or product. Combine both senses of the term and the ideal influencer in any scenario would be someone who can speak with authority on the subject in question (e.g. wine) but who also has a strong online following. Such individuals can be few and far between, though.

The marketing menagerie nevertheless somehow manages to find individuals who once accidentally used a hashtag and ever since have referred to themselves as “influencers”. Two things that need to be pointed out here:
1) You cannot call yourself an influencer. I mean, you can. But you shouldn’t. I can call myself surgeon but that doesn’t mean you should let me cut you open.
2) To be an influencer, you should ideally have some sway over a significant following of people. I would suggest that if you haven’t cracked 1000 followers on Twitter, you are not even remotely influential.

The other major problem that is cropping up in the sphere of influencer marketing is the overwhelming amount of hapless individuals with mediocre accounts who bulk up their profiles with fake followers. Two Cape Town beauty bloggers recently showed how easy it is to set up a laughable Instagram account and make it look impressive through acquiring a boatload of fake followers (see here). It seems obvious that a cursory glance at individual profiles and their follower list should be enough to root out these fakers – alas doing homework seems to be outside the scope of some event organizers.

Why is this an issue worth raising? Because the purpose of marketing overall is to promote. To attract attention. To create interest. Ultimately, to place the product in the hands – or at least bring to the attention – of potential customers.

But the wine industry seems to be confusing marketing with publicity – especially when it comes to the old trope of “any publicity is good publicity”. So instead of spending a little time finding the right people to drive wine brands into the segments of the public we so desperately want to entice (beer drinkers, brandy & coke drinkers, cider drinkers), exceedingly large amounts of money is channeled into entertaining dead-ends, with no influence and no value. And it all gets justified with the idea that “it can’t hurt”.

Wineries and wine brand owners should be frothing at the mouth when they find out that their (often tightly budgeted) ZARs are being spent on witless hacks who sipped some rosé once, shared it with their 15 Instagram followers and now they refer to themselves as influencers, despite never having seen as much as a wine grape in real life. Nevertheless, they sit at lunches and launches, nodding along agreeably to every word the winemaker says and at the end of it all the best they can come up with is something like #chardoYAY.

What a joke. What an expensive joke.