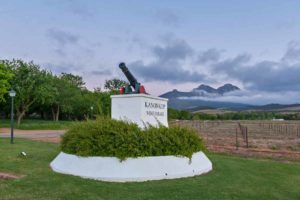 What sets this property apart?

Terroir. A familiar term to anyone even remotely interested in wine but one with a seemingly fluid, unfixed definition, depending on context or who you’re asking. Originally limited to the Old World, terroir is now recognised across most – if not all – wine producing regions and the concept has extended into other agricultural products such as coffee, tea and even chocolate.

I won’t labour on about various definitions of terroir, but they all have two things in common: the entirely sensible idea that certain traits (soil, climate and terrain) influence the wine in a specific way and the more intangible theory that terroir expresses a “sense of place” in wines.

There’s also a third, more controversial aspect – ‘goût de terroir’, literally ‘taste of the earth’ – which presumes that flavours are directly imparted by the vineyard site itself ( summed up by the term “minerality” whether this refers to chalkiness, flintiness or whatever) but to date there is no real scientific connection or clarity on possible mechanisms. This is also the literalist theory that geology professor Alex Maltman refutes, his work on the effect of geology on vineyards and wine a topic in its own right and one that definitely merits some Googling – see here, for instance.

What tickles me most is the notion of how it might work. Wine – as a topic – is such a magnificent mix of science and art. It appeals so strongly to both the analytical and imaginative mind. It’s nearly sorcery. Wine by definition is just fermented grape juice. All commercial grape varieties are exactly the same species (Vitis vinifera). And yet the diversity of cultivars and wines, styles, types and tastes is bewildering. It seems apt that the concept of terroir itself possesses that same mix of things that can be explained and things that cannot.

It’s generally accepted that climate, site, weather, biotic factors and human input all contribute in varying degrees to the growth and development of the grapevine and the wine. The current hot debates seem to be around the effects of soil and geology. I’m not a soil scientist or geologist but it does seem irrefutable that certain vineyard sites in combination with certain varieties create truly unique wines that express a sense of their geographic origins.

Breaking down the complexity a bit, let’s look at the vine as a plant. Plants need water, dissolved mineral ions, sunlight, carbon dioxide and oxygen to survive. All compounds that the plant produces (including the flavour compounds in grapes) are synthesised from the inorganic ions and organic molecules the plant takes up from the soil through the roots. But even though the plant takes up minerals, these don’t go straight into the grape berry, and so do not directly affect the flavour.

It seems probable that it may be more about the physical properties of the soil (drainage, water regulation and so on) which have an affect vine growth, vigor and berry development and in turn imparts specific characteristics to the wines. But the effect of soil’s chemical properties aren’t completely discounted. New research suggests that vines may react to varying nutrient levels in soil by varying gene expression, which in turn varies metabolites and flavour profiles.

It’s all still up in the air. Why can’t this just be one of those lovely little wine mysteries, with everyone agreeing that it’s wonderful and inexplicable and magical? Won’t explaining the science behind it strip it of all the mystery and allure?

I’m not sure it would. Terroir is as much about the specific philosophy concerning wine production as it is about the combination of physical traits that influence the vineyards. Clarity on the mechanisms that make up terroir could allow improvements in techniques of winemaking. Such improvements could increase wine quality while decreasing production cost and taking a step towards making top-class wines more affordable. Understanding terroir could be the key to helping the world drink better wine.