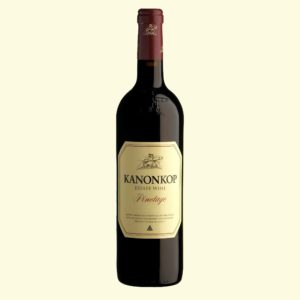 Pinotage. The very mention strikes fear (or a dollop of disdain) into the hearts of many. And that’s a massive problem. No other varietal has stirred the level of controversy that Pinotage does in the local wine industry. Not even the Chenin Blanc epic – from lonely, shunned Steen to present-day darling of the wine scene – compares to that of Pinotage’s 90 years in the making.

The ebb and flow of the Pinotage story fits typical plot structure: Pinotage is cast as the antihero – a main character marked by ennui and alienation. The beginning is 1925 – 1941 – from inception of Prof. Perold’s arranged marriage between Hermitage and Pinot Noir to first commercial production.

The middle follows: A series of crises, building tension – the most notable being a glancing blow dealt in the 70s by British wine commentators: ‘nail varnish’, ‘rusty nails’, ‘hot and horrible’. Notorious “dikvoet” wines also propagated negativity and inhibited popularity. The anti-hero’s challenges seem endless and insurmountable – his very nature suggest certain failure. Even local winemakers turn their backs on this uniquely South African cultivar. But still some root for its success. He continues on his path, despite setbacks, and claws back popularity over the years. This comes from his flexibility – adapting into diverse styles and moving away from the archetype of days gone by.

Today we find ourselves somewhere before the climax of the story. We are looking ahead for the resolution, anticipating some sort of denouement. This final push cannot be left to the character alone. The anti-hero needs his supporting characters to come through – to nudge him towards success.

Breaking away from the storyline metaphor, the Pinotage Association is applying itself to determine the future of Pinotage. A large contingent of stakeholders – winemakers, a splash of media/PR types and other wine industry people – recently sat down to a round-table discussion on the current state of Pinotage and its prospects. Key issues under discussion included how to connect producers, advance Pinotage as a cultivar, share knowledge and improve the image (and sales).

With this in mind, viewpoints on the current state of Pinotage began flying across the table. The discussion touched on many points – too many to fully list here – but issues raised included quality of communications (both within industry itself and with trade and consumers). Cultivars have become brands in their own right. And brands don’t promote themselves. Brands demand strategy, marketing and money. They need to be communicated and someone needs to take ownership of them. At present, this does not seem to be happening with Pinotage in a very effective manner.

Another hot topic was the scope of Pinotage in SA, specifically the diverse styles: big and bold, light and elegant… and coffee-flavoured. Speaking as someone who has in the past been guilty of pulling her nose up to the high heavens at the mere mention of ‘coffee’, ‘café’ or ‘chocomochawhatwereyouthinking”, I took a step back from my bias, trying to reconcile that even that style has a place – it has people drinking Pinotage. Sure, coffee Pinotage isn’t the apogee of the cultivar’s development. But it doesn’t need to be. It is (at least partially) representative, whether we like it or not. It is extremely popular. And if we keep sweeping it aside with the snob-broom, we should probably reconsider if we are at all serious about promoting our “Proudly SA” cultivar at all.

In order to determine the plan to move forward, we need to take stock of where Pinotage is right now; take a hard look at the production, the producers, the market, trade and consumer. Then take a good long look at where we want to be. And then figure out how we plan on getting there.

Pinotage may not be as captivatingly seductive as mother Pinot Noir and it may not have the hipster appeal of daddy Cinsault but there’s no reason it shouldn’t be the crown prince of the SA wine industry. After all, it could be worse: it could have been Herminoir.