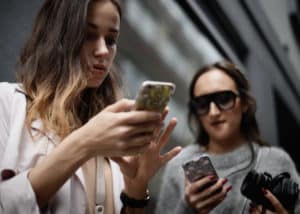 At another “delightful” event.

My previous piece (see here) seemed to churn things up in the PR/Marketing/“influencer” Twittersphere. The response was mixed, with plenty agreement, some comments about a lack of scope (difficult to be comprehensive with limited column inches and very few people will actually read a 10,000 word thesis on the topic) and no “influencers” stepping into the fray to defend their position. Interesting.

So I’m taking a second bite of the apple. And yes, there may be a third and even a fourth. My conversations in the last week have suggested there is a lot to unpack.

This time, I want to shift the focus from my gripes with the whole “influencer” model and rather have a look at the relationship between them, specifically at the PR/marketing people who put them at these events.

A few days ago, Mike Ratcliffe of Warwick and Vilafonté tweeted: “Do South African PR companies and wineries actually invite the most influential people to their wine launches?”. The replies were interesting, but suggested a resounding “no” from pretty much everyone but the PR companies themselves.

As with most things, there are two sides to every story. And if we really want to improve the model and make it work, we have to take a hard look at where the faults are. This is not a blame game, and the conversation will begin in broad strokes – so before I get angry letters: #NotAllPR and #NotAllMedia.

On one hand you have the PR/Marketing people who need to promote a place or a product. On the other, you have the media and/or “influencers” who are supposedly in a position to be used as tools to promote said place or product. It’s a simple quid pro quo that is rarely, if ever, explicitly laid down. For example, I’ve never been invited to an event with the proviso that in return, I must produce 1 x written article or a minimum number of tweets. But we all know how the game works, so we play.

And for a while this seemed to work out just fine. The problem is that the luxury goods market (e.g. wine) is more competitive than ever. The word “brand” has evolved from indicating no more than the manufacturer or producer to an all-encompassing juggernaut phenomenon. You have to stand out, you have to be talked about and you have to be top of mind if you’re going to succeed.

So we get to the idea of exposure – get people talking about your brand. And in my opinion, this is the first hurdle we stumble over. The old adage of “any publicity is good publicity” has become laughably inaccurate in recent years – a moment bad PR can sink your brand instantaneously. So you shouldn’t chase “any” exposure. You need the right exposure. Which means you mean the right people. And this is where the influencer model so often falls down flat.

One of the replies to Ratcliffe’s tweet succinctly summarized the problem with many of these events: that the PR companies do not understand the various markets, they don’t think about getting the right people in, instead inviting the same people to pretty much every for every product. Couple this copy-and-paste maneuver with no real way of measuring – no, wait… no attempt at measuring the success or scope of the exposure gained, I don’t really see how you can justify the exercise in any way.

Simply put, homework is often simply not being done on the part of the PR team. Often, it’s painfully clear that very little thought goes into curating media lists – and keeping them up to date. A great example: I receive a flood of media releases every single day, asking me to put information about the wine or event or product on my website.

Which website? You mean my now-defunct blog, that I haven’t posted on in the past two years? Yeah. Sure. I’ll get right on that.

The same goes with these new “influencers”. Some of them may have incredible potential to become genuinely influential, either in their writing or their involvement in the industry. Others are just really good at the job of promoting themselves to make sure they get as much lovely free stuff as they can. The issue here is credibility. If every event you attend is delightful and every wine you are graciously sent as a media drop is delicious, then who should take you seriously?

I’ll end with another call for further comment – I’m sure we have not nearly heard all there is to hear on this topic.

I will also offer two suggestions:To would-be influencers: do your best to avoid the lure of being in it for the lovely free stuff – form real opinions and put them out there. Build your personal brand and become the go-to person – whether it is for serious wine knowledge or something more accessible.

And to the PR side – be more discerning. Know your client. Know their product. Curate your lists. Do your homework. Influence by definition requires the capacity to have an effect on something – make sure you know how to identify the people who can achieve that.